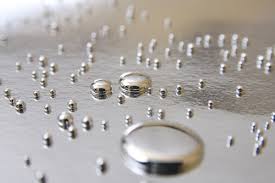 Minister of the Environment and International Development Erik Solheim: Bans mercury in products

Mercury is among the most dangerous environmental toxins. Satisfactory alternatives to mercury in products are available, and it is therefore fitting to introduce a ban, the minister Solheim says.

The justification for the ban is the risk that mercury from products may constitute when in the environment. It is therefore important to stop all use of mercury as far as possible.

The ban will include dental filling materials (amalgam) and measuring instruments, as well as other products. The ban includes all areas of use that are not specifically exempted or that are already regulated. The ban is valid from January 1, 2008.

Most mercury released to the environment in Norway comes from sources elsewhere in the world. Norway works actively towards stronger international regulations for mercury, both in the EU and globally.

The Norwegian ban shows that we are taking responsibility at home. It is an important signal to the EU and other countries that there are satisfactory alternatives to mercury, the minister concludes.

Exposure to mercury results in permanent developmental damage to children. mercury accumulates in food, especially in fish, and therefore constitutes a threat to fish as a global source of food. mercury is transported across long distances, far from the sources of pollution. There is currently too much mercury in the environment in Norway, and it is advised against eating too much large predatory freshwater fish, and that pregnant women should entirely avoid such