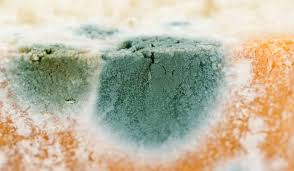 All praise is due to Allah and prayers and salutations be upon His Prophet. To proceed.

Inshaa'Allaah, this series of articles will cover some broad principles by which, as a Muslim, you can have a clearer perspective of this subject in general and with regard to the current issue of swine flu in particular.

The subject of al-adwaa (contagion, infectious disease) can be confusing when you start looking into it, so what we want to do is to start isolating the various principles and build upon them one by one inshaa'Allaah in this series of articles.

PRINCIPLE: It is from the belief of the people of Jaahiliyyah and the non-Muslims that al-adwaa (contagion, "infectious disease") is infectious by its own inherent and intrinsic nature (bit-tab'), that it infects outside of the domain of Allaah's Will (Mashee'ah), Permission (al-Idhn) and Decree (Qadr).

We first draw upon a quote from Ibn Hajar al-Asqalaanee (rahimahullaah) in his "Badhl ul-Maa'oon Fee Fadl it-Taa'oon" (Dar ul-Kutub al-Athariyyah, 1993CE) which is a book specifically dealing with the plague, as he lived during the time of outbreaks of plague in Egypt and covered the issues relating to contagion in the Sunnah (Prophetic Narrations). On page 212 of this book, after lengthy preceding discussions, he summarizes the various viewpoints on contagion (what is referred to as "infectious disease"). He says:

The first: that the disease is infectious by its intrinsic, inherent nature (bi tab'ihi), and this is the saying of the non-Muslims.

We will come back to this full quote in a later part in this series, at this point, we just want to document what is held in non-Muslim (and atheistic, secular) society in relation to contagion ("infectious disease").

Next we have a statement from Shaykh al-Albaanee (rahimahullaah), who says in the course of discussing the issue of al-adwaa (contagion) in Silsilah as-Saheeah (no. 971):

...And know that there is no contradiction between these two hadeeths and between the hadeeths, "There is no contagion ("infectious disease")..." that have preceded (nos. 781-789), since what is intended by them is to affirm contagion. And the intent behind these hadeeths is to negate the contagion that the peple of Jaahiliyyah used to believe in, which is its transmission by itself, without looking at the (determination of the) Will of Allaah in that... How today resembles yesterday! For indeed the European doctors are in the most severe heedlessness away from Him, the Most High, due to their shirk (association of partners to Allaah) and their misguidance, and their belief in contagion ("infectious disease") upon the way of Jaahiliyyah...

We should note here that when you look at the speech of the scholars in this regard, you see that in some words they appear to be affirming contagion and in other's they are saying it is false. They are referring to two things. When they affirm, what they are referring to is the spread of disease due to Allaah's permission and will. When they are negating, and declaring contagion to be false, they are referring to what is believed by the people of Jaahiliyyah, the secular and atheistic societies and their likes, that a disease is infectious in its own right, in its inherent intrinsic nature, outside of Allaah's control, will, permission and decree, and that it moves and spreads in a population, outside of Allaah's will, decree and permission.

And whoever claims that there is al-adwaa (contagion, infectious disease), then this is falsehood (baatil), however Allah has made mixing with some of the ill to sometimes be a means (sabab) of the disease being found in the healthy, however it does not infect (spread) by its inherent, intrinsic nature...

And Shaykh Saalih Aal us-Shaykh says in his explanation of Kitaab ut-Tawheed, on this subject:

And the people of Jaahiliyyah believe that the contagion transmits of its own accord (from person to person, or place to place) so Allaah - the Mighty and Majestic - falsified that, He falsified that belief, and he [the Messenger] - may prayers and salutations be upon him - said, "There is no contagion ("infectious disease")", meaning: that which is the effective, influencing element on its own.

Now we can bring more quotes from the Scholars, but here we just want to establish the principle here that the belief on the inherent, intrinsic infectiousness of a disease, that it infects due to its inherent nature (at-tab'), is something held by the people of Jaahiliyyah and the disbelievers.

We can bring in some speech of Shaykh Saalih al-Fawzaan just to give us a slightly wider perspective before closing this article,and so as not to cause any confusion. He says in his "I'aanat ul-Mustafeed" (Vol 2/7-8):

But the Messenger (sallallaahu alaihi wasallam) is not negating this, he is negating the contagion ("infectious disease") that the people of Jaahiliyyah used to believe in, that the disease spreads by itself without the decree of Allaah, the Sublime and Exalted.

So al-adwaa (contagion) is: The spread of disease from one place to another because of the nearness of the healthy to the diseased, and the one who decrees it is Allaah, the Most High. For a healthy person can be close to an ill person and nothing will afflict him, and he may sometimes be close and he will be afflicted (with the illness). And so the cause is that it goes back to Allaah, if He wills, the Sublime and Exalted, the illness will spread (to the other person) and if He wills, then it will not spread.

So the mere nearness of the ill person to the healthy person, or going to a place where a disease has broken out, this is a sabab (a means). As for the effect (ta'atthur), then it is in the Hand of Allaah, the Sublime and Exalted. For a person can enter into a land where a disease has broken out, and he will not be afflicted, an ill person may pass by a healthy person and (the latter will) not be affected. An ill person may sleep next to the healthy person and he (the latter) will not be afflicted. Sometimes, he may. But what is the separating matter between the two situations?

That this goes back to Allaah, the Most High's Will (Mashee'ah).

As for the people of Jaahiliyyah, they don't differentiate, rather to them: Everyone who comes close to an illness, or everyone who comes close to an ill person - that he will be afflicted. And they don't ascribe this to Allaah's ordainment (qadaa) and decree (qadar), and nor do they place reliance upon Allaah, the Sublime and Exalted, and they exaggerate in omens (at-tashaa'um and at-tiyarah) and in the spread of contagion ("infectious disease") and they do actions that are laughable.

So what we find here is that the phenomenon of disease spreading is something that is observable and witnessed. So clearly this outwardly observable phenomenon is not being negated, it does take place. However, this is not because of the "infectiousness" of the disease or this being inherent and intrinsic to it (bi tab'ihi). Further, the mixing between people can sometimes be a sabab, a means. The decisive factor in the spread of the disease is actually Allaah's will, His permission, His decree. This is what the affair return's back to. From this understanding a range of other issues branch off which inshaa'Allaah will be covered in later articles.

These views have arisen out of the necessity to provide an explanation for the apparent contradiction between the hadeeths that negate contagion (such as "there is no contagion") and those that appear to affirm it (such as "flee from the leper"). So you have different ways of reconciling. We will go into that in more detail inshaa'Allaah in future articles.