Posted by HealthyMuslim on Tuesday, August 14, 2012 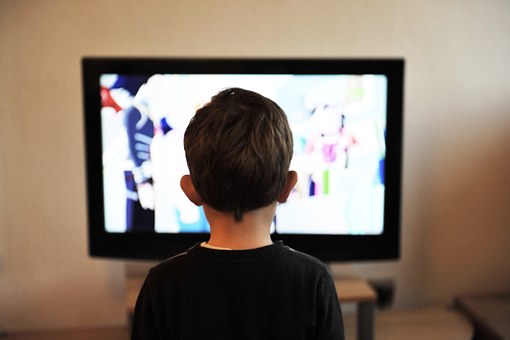 If you still have this box in your house, there are more and more reasons why you should get rid of it...

A new study, featured in BioMed Central's open access journal International Journal of Behavioral nutrition and Physical Activity, has discovered that children's muscular fitness decreases the more hours young children spend in front of the television and that their waist lines become larger as they approach their teens, which can have potential health consequences in their adulthood.

According to recommendations by the American Academy of Pediatrics, children below the age of two years old should not exceed more than two hours of television per day, yet more and more parents appear to use the TV as an 'electronic babysitter'.

Researchers from Montreal University in Canada decided to investigate whether the number of hours spent watching TV during early childhood is linked to lower subsequent physical fitness once these children are at school.   The team used participants from the Quebec Longitudinal Study of Child Development, and surveyed the children's parents asking them to report the number of hours their child watched TV per week at the age of 29 and 53 months. Given that muscle strength and abdominal fat are associated with the level of fitness, the researchers examined the children in the second and fourth grade by measuring their waist circumference and using the standing long jump test.

They discovered that for each hour per week of watching TV at the age of 29 months, children scored 0.361 cm less in the Standing Long Jump, which suggests a lower muscle strength compared with those who watched less television at that age. By increasing the weekly TV exposure by just one extra hour between the age of 29 and 53 months predicted an additional 0.285 cm less in the test. Another important finding was the fact that waist circumference at fourth grade increased by 0.047 cm for every hour of television watched between the ages of 29 and 53 months, which translates to a 0.41 cm larger waistline by the age of 10, or a 0.76 cm larger waistline in those who watched over 18 hours of TV a week.

The result could predict that those children who spend an excessive amount of time in front of the TV as a child could experience negative health outcomes in their later life due to their larger waistline and lower muscle strength, as physical fitness is directly associated with future health and longevity.

"TV is a modifiable lifestyle factor, and people need to be aware that toddler viewing habits may contribute to subsequent physical health. Further research will help to determine whether amount of TV exposure is linked to any additional child health indicators, as well as cardiovascular health."