Posted by HealthyMuslim on Friday, October 25, 2013

© HealthyMuslim. See Terms and Conditions
The Harmful Effects of Bisphenol-A on the Body and Its Biochemistry https://www.healthymuslim.com/?mvwupbhte
Copy Link
Email    Print 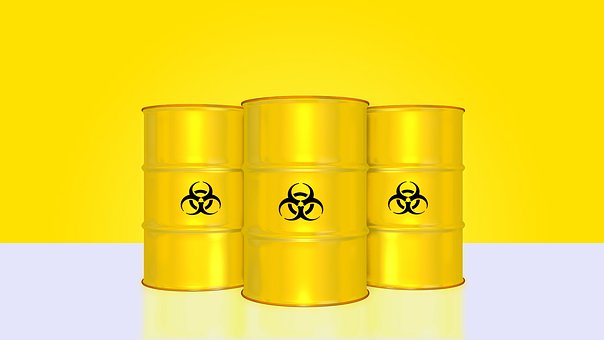 Bisphenol A (BPA) is an organic chemical used widely in plastic packaging. It uses including water bottles, baby bottles, dental fillings and sealants, dental devices, medical devices, eyeglass lenses, DVDs and CDs, household electronic and sports equipment. BPA can also be found in epoxy resins which is used as coatings inside food and drinks cans. Evidence has mounted over the years that this chemical is detrimental to the body's biochemistry. Once BPA is in our bodies, it imitates hormones such as estrogen and becomes an "endocrine disruptor" and may fool the body by stimulating reactions that are unnecessary and potentially harmful. In the past, public health authorities have considered BPA to be safe based upon what they assumed to be safe levels. However, many recent studies have indicated that these safety levels no longer reflect the reality. Further information from numerous sources on BPA is presented below:

What is bisphenol A?

Bisphenol A, also called BPA, is a chemical that has been used since the 1960s to make lightweight, hard plastics and epoxy resins. In its pure form, it is a white solid with a medicinal odor. More than a billion pounds of BPA are produced in the United States every year.

Plastic products made with BPA will have a 7 recycling symbol on them or contain the letters PC near the recycling symbol. BPA is not one of the phthalates, which are found in soft plastics.

Human exposure to bisphenol A is widespread, according to the National Toxicology Program. Most human exposure to BPA comes through food and beverages. You can also be exposed through air, dust, and water. BPA can leach into food from the linings of canned foods and from plastic products that are made with BPA. More BPA leaches from food and beverage containers if those foods and liquids are hot or boiling. If food containers or bottles are scratched or damaged, more BPA may be released into the food or liquid. The highest estimated exposures to BPA occur in infants and children, according to the National Toxicology Program.

At home, you and your family can be exposed to BPA if you use plastic food containers, canned foods, water or baby bottles, plastic dinnerware, reusable cups, and other consumer products that are made with BPA. You can have short-term exposure to BPA following the application of certain dental sealants that are made with BPA materials.

At work, you can be exposed to BPA by inhaling it or having skin contact with it if you work at a facility that manufactures BPA or products that are made with it.

How can bisphenol A affect my health?

Bisphenol A is an endocrine disruptor, which is a chemical that may interfere with the production or activity of hormones in the human endocrine system. According to the World health Organizations International Programme on Chemical Safety, there is still uncertainty about some links between human health effects and exposure to endocrine disruptors.

In the workplace, exposure to BPA dust may irritate the eyes, make skin sensitive, and cause dermatitis, irritated skin, and eczema. Contact with BPA may burn the eyes, lips, and skin. Inhaling BPA can irritate the nose and throat and cause coughing and wheezing. Exposure can cause headache, nausea, abdominal pain, and vomiting. (Source)

Numerous studies have shown that bisphenol A leaches from plastics and resins when they are exposed to hard use or high temperatures (as in microwave ovens and dishwashers). Because bisphenol A is used in so many common products that we use every daysuch as baby bottles, reusable water bottles, microwaveable containers, and the protective coating inside most food and beverage cansmost people in developed countries are exposed almost continuously to some level of bisphenol A.

Some official government organizations such as the U.S. Food and Drug Administration, the U.S. Environmental Protection Agency and the European Food Safety Authority maintain that it is virtually impossible for most people to experience an unsafe level of BPA exposure in their daily lives.

Some of those conclusions have become controversial, however, especially in light of recent studies about the health effects of bisphenol A. The safety threshold set by the EPA was based on decades-old data, for example, and never updated. Even more troubling, the FDA finding was discredited when it was discovered that the agency had ignored the advice of its own scientists and allowed representatives of the chemical industry to write significant portions of the final document.

Amid these controversies, public concerns about the potential health effects of BPA continue to grow, and many scientists believe those concerns are justified.

In a 2004 study, the Centers for disease Control and Prevention (CDC) found BPA present in the urine of 93 percent of those tested, and also concluded that many Americans are exposed to bisphenol A at levels above the safety threshold set by the EPA. The CDC data also revealed that children are more heavily exposed to BPA than adolescents who, in turn, had higher concentrations than adults. In addition, the National Toxicology Program of the U.S. Department of health and Human Services has concluded that there is definitely reason to be concerned that BPA may cause developmental problems in childrens brains and hormonal systems. (Source)

BPA is an endocrine disruptor, which the Environmental Protection Agency (EPA) defines as "an exogenous chemical substance or mixture that alters the structure or function(s) of the endocrine system and causes adverse effects" in individuals, their offspring or populations. Hormones have many modes of action, including the ability to initiate or suppress gene transcription. Endocrine disruptors interfere with those genetic-level processes. The timing of exposure is critical because vulnerability changes over a lifespan. In an adult, where sex-specific physiology and behaviors have matured and function properly, interference with hormone action is likely reversible once exposure ends. This is not thought to be the case in the developing fetus or young child. Therefore, fetuses and infants are the groups most at risk for adverse effects from an endocrine disruptor such as BPA.

Over the course of development, hormones actually help shape the vertebrate brain and reproductive organs that allow sex-specific physiology and behaviors to emerge. Much of this happens in discrete developmental windows that span gestation through the postnatal period and, to some degree, into adolescence. Disruption of this developmental progression can permanently alter the organization of sexually dimorphic neuroendocrine circuits in the brain, the cellular composition of reproductive organs, the timing of puberty, the development of sex-typical behaviors and, ultimately, the capacity to reproduce. BPA exposure, even at levels humans are likely exposed to, appears to produce every one of these effects in laboratory rats and mice. But does it produce similar reproductive disorders in humans?

The reproductive effects found in laboratory rodents mirror some disturbing human health trends in industrialized nations. For example, an analysis of more than 100 research studies concluded that sperm counts in the United States and Europe appear to have declined by roughly half over the past 50 years. Researchers in Denmark now estimate that more than 10 percent of men in that country have sperm counts in the infertile range and up to 30 percent in the subfertile range. Rates of testicular cancer appear to be increasing. There are indications that female fecundity is declining, even among young women, although the rate and degree have been difficult to quantify. Median ages at menarche, first breast development and sexual precocity are dropping, especially among minority populations in the U.S. Similar trends have been noted in Europe and among children adopted from developing countries by parents in industrialized settings. The cause is likely complex and multifaceted, but the rapidity of the changes suggests an environmental component. Whether BPA might be involved hinges on whether effects observed in rodents reasonably predict what could be happening in humans. BPA has more than one mode of action, but it is primarily recognized to be an estrogen mimic. Effects from endocrine disruption by an estrogen mimic in the developing fetus are likely subtle and not readily apparent at birth. (Source)

The chemical additive is commonly used in plastic bottles, containers and other packaging. But a researcher at the University of Missouri-Columbia says it's also hidden in another unexpected item: receipts.

Dr. Frederick Vom Saal told HuffPost Live that about 50 percent of all thermal paper used to print store receipts and airplane tickets is coated with BPA.

"All kinds of thermal paper is coated with this chemical, and people go into a fast food restaurant, touch this paper, and touch their food and they expose themselves to huge quantities of this chemical," Vom Saal said.

In a 2012 report, Vom Saal and colleagues wrote that they "find it disturbing that government agencies continue to argue that the public should not be concerned about BPA because daily exposures are below 'safe' levels."

Vom Saal said that because the FDA said it does not have the authority to ask industry how the chemical is being used, we unfortunately have no way of knowing all the items where it can be found.

The Centers for disease Control and Prevention once estimated that 93 percent of people in the U.S. are exposed to BPA, with more children being exposed than adults. The FDA did ban BPA from baby bottles and sippy cups last year.

BPA has been shown to mimic the hormone estrogen upon entering the body. A recent study out of Duke University also found the chemical can disrupt development of the central nervous syndrome.

Other health dangers associated with BPA and reported in scientific studies include heart disease, intestinal damage, infertility (due to lowering of sperm counts in males), erectile dysfunction, Breast cancer growth, diabetes and behavioural changes in children. For tips on how to reduce effects of BPA on children see the following: