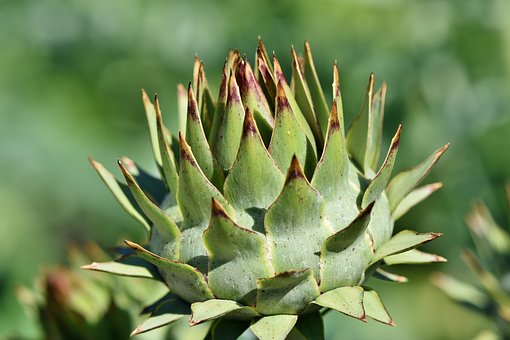 The large thistle-like plant is native to the regions of southern Europe, North Africa, and the Canary Islands. It is said that in about 800 CE, two groups of Moors were responsible for cultivation of the artichoke in Sicily and Spain. The word apparently derives from Arabic rather than Greek, suggesting the Moors may have cultivated the vegetable first. The leaves of the plant are used medicinally. However, the roots and the immature flower heads may also contain beneficial compounds. The globe artichoke is high in Vitamin C, folic acid, and potassium. As it also stimulates bile, it is not recommended for those who suffer from gallstones.

OBJECTIVES: Does artichoke leaf extract (ALE) ameliorate symptoms of irritable bowel syndrome (IBS) in otherwise healthy volunteers suffering concomitant dyspepsia? METHODS: A subset analysis of a previous dose-ranging, open, postal study, in adults suffering dyspepsia. Two hundred and eight (208) adults were identified post hoc as suffering with IBS. IBS incidence, self-reported usual bowel pattern, and the Nepean dyspepsia Index (NDI) were compared before and after a 2-month intervention period. RESULTS: There was a significant fall in IBS incidence of 26.4% (p < 0.001) after treatment. A significant shift in self-reported usual bowel pattern away from "alternating constipation/diarrhea" toward "normal" (p < 0.001) was observed. NDI total symptom score significantly decreased by 41% (p < 0.001) after treatment. Similarly, there was a significant 20% improvement in the NDI total quality-of-life (QOL) score in the subset after treatment. CONCLUSION: This report supports previous findings that ALE ameliorates symptoms of IBS, plus improves health-related QOL.