Posted by SoundHealth on Friday, November 13, 2009 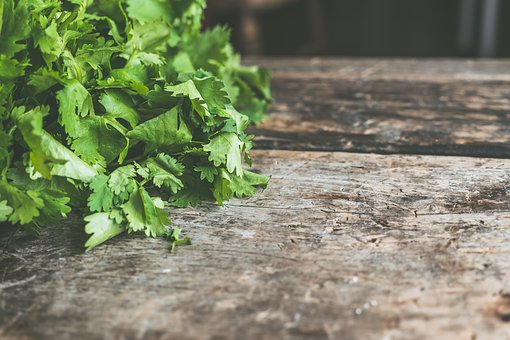 Coriander, or cilantro, is a remarkable healing plant and it is unusual in that its leaves are used as a herb and its seeds as a spice. This versatile ingredient not only tastes great, but it also has many health-protective properties. Coriander contains antibacterial compounds that protect against food poisoning and numerous bugs, and is an effective anti-inflammatory. What's more, coriander has an amazing ability for detoxifying the body, by binding to heavy metals and helping to remove them from the body.

Many of the healing properties of coriander can be attributed to its exceptional phytonutrient content. It contains a volatile oil which is rich in beneficial phytonutrients, including carvone, geraniol, limonene, borneol, camphor, and linalool, as well as flavonoids like quercetin and kaempferol, and active phenolic acid compounds, including caffeic and chlorogenic acid.

Heavy metals like mercury, lead and cadmium are all extremely toxic to the human body and are associated with contributing to the deterioration of neurological function.

Coriander is a simple, natural way to detoxify the body and remove these toxic substances from tissues. This healing plant helps to release these heavy metals from the brain and central nervous system into other tissue.

In two studies carried out by Dr. Yoshiaki Omura, it was found that the leaves of the coriander plant accelerated the excretion of mercury, lead and aluminum from the body.

He had been treating several patients for an eye infection called trachoma, which is caused by the micro-organism Chlamydia trachomatis, as well as similar viral related infections. Following the standard treatment with antibiotics, Dr. Omura found that the patients' symptoms would clear up initially, then recur within a few months.

He found these organisms seemed to hide and flourish in area of the body where there were concentrations of heavy metals like mercury, lead and aluminum. Somehow the organisms were able to use the toxic metals to protect themselves from the antibiotics. While he was testing for those metals, Dr. Omura noticed the mercury level in the urine increased after patients consumed a serving of Vietnamese soup. The soup contained Chinese parsley, or as it is more commonly known, cilantro/coriander.

Further testing revealed that eating coriander increased urinary excretion of lead and aluminum, and when used synergistically with antibiotics, the infection was eliminated for good. [1]

In the second study, three amalgam fillings were removed from an individual using all of the precautions available to prevent absorption of the mercury from the amalgam. This included methods like strong air and water suction, water rinses, and a rubber dental dam, but significant amounts of mercury were later found in the individual's lungs, kidneys, endocrine organs, liver and heart. There was no mercury in these tissues prior to the amalgam removal. Coriander was able to remove the mercury in two to three weeks. [2]

To receive the remarkable benefits of this herb, add fresh coriander or its seeds to almost any food, both cooked and raw. Try blending together olive oil, fresh coriander, lime juice and lime zest with some sea salt for a delicious, zingy dressing to drizzle on raw or cooked vegetables or salads.