Posted by SoundHealth on Monday, February 02, 2009 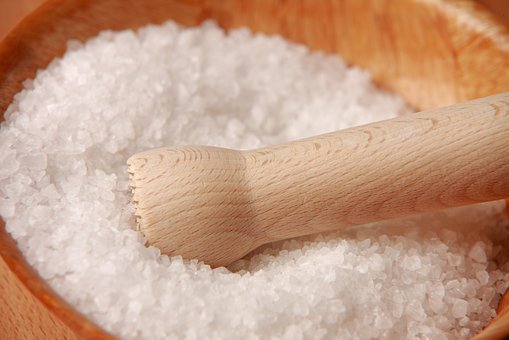 High levels of mercury have been found in popular drinks, breads, cereals, breakfast bars, yogurts and soups. Two studies found that many popular brands contain the dangerous chemical in the form of HFCS (high-fructose corn syrup), the artificial sweetener.

According to federal statistics, the average American consumes 12 teaspoons of high fructose corn syrup on a daily basis, making the presence of mercury in corn syrup a big concern to the whole population.

The study, published recently in the journal Environmental Health, found traces of mercury in samples of high fructose corn syrup. One of the researchers, Dr Wallinga said that for decades, the sweetener high fructose corn syrup has been made using mercury-grade caustic soda produced in industrial chlorine plants. The caustic soda is used, among other things, to separate corn starch from the corn kernel, he explained.

The use of mercury cells to produce caustic soda can contaminate it, and ultimately HFCS, with mercury, explained Wallinga.

A separate study by the US Institute for Agriculture and Trade Policy (IATP) claims mercury was detected in nearly one-third of 55 brand name food and beverage products where HFCS is the first or second highest labeled ingredient.

"Nearly one in three products tested contained detectable mercury. mercury was most prevalent in HFCS containing dairy products, followed by dressings and condiments," said the Institute.

In the Environmental health article, the researchers found detectable levels of mercury in nine of 20 samples of commercial HFCS in tests conducted in 2005.

Dr. Wallinga a co-author of both studies said,

"Mercury is toxic in all its forms. Given how much high-fructose corn syrup is consumed by children, it could be a significant additional source of mercury never before considered. We are calling for immediate changes by industry and the [U.S. Food and Drug Administration] to help stop this avoidable mercury contamination of the food supply."

The authors concluded that possible mercury contamination of food chemicals like HFCS was not common knowledge within the food industry that frequently uses the sweetener.

High fructose corn syrup is said to have a similar sweetness and flavor profile to sucrose, but able to better control microbial growth and crystallization, and is also considered to help retain texture in canned and baked goods, promote controlled browning in baked goods and cereals, remain stable in temperature fluctuations and to blend easily with other ingredients.