Posted by SoundHealth on Wednesday, August 18, 2010

© HealthyMuslim. See Terms and Conditions
Cruciferous Vegetables Such As Broccoli Stop the Spread of Breast and Other Cancers https://www.healthymuslim.com/?roqpm
Copy Link
Email    Print 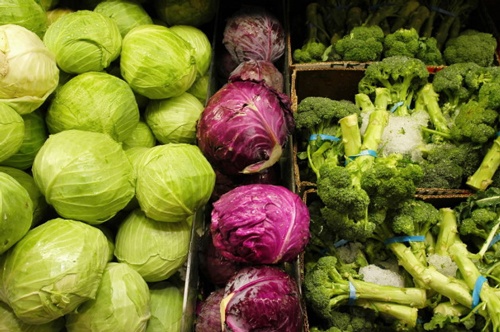 A natural compound found in cruciferous vegetables such as broccoli and Brussels sprouts has been found to have the ability to stop the spread of cancer. Eating these vegetables encourages the body to produce a substance known as 13C (indole-3-carbinol) which fights cancer and blocks cancer cells from proliferating.

In the study, researchers found compelling evidence indicating that 13C could have anticancer effects and other health benefits. The study focused on breast cancer cells, but it is likely that it can fight other cancers too, and also has the potential to reverse Alzheimer's disease, as the authors explained.

About half of all breast cancer patients, especially those whose cancer has progressed and has become life-threatening, have an abnormally high level of a molecule called Cdc25A. Cdc25A is essential for cell division and proliferation and has been associated with breast and other cancers. The 13C substance found in Brassica vegetables (including broccoli, Brussels sprouts, cauliflower, cabbage), destroys this molecule and the cancer.

"Cdc25A is present at abnormally high levels in about half of breast cancer cases, and it is associated with a poor prognosis," said the study leader.

"I3C can have striking effects on cancer cells," he explained, "and a better understanding of this mechanism may lead to the use of this dietary supplement as an effective and safe strategy for treating a variety of cancers and other human diseases associated with the over-expression of Cdc25A."

The study leader also cited that cancers of the breast, prostate, liver, esophagus, endometrium and colon, and in non-Hodgkin lymphoma as well as other diseases such as Alzheimer's disease also had abnormally high levels of the Cdc25A molecule.

For the laboratory and animal study, researchers exposed three breast cancer cell lines to I3C. Their experiments revealed that the substance caused the destruction of Cdc25A. The researchers also pinpointed a specific location on that molecule that made it susceptible to I3C, showing that if that location is altered (because of a gene mutation), I3C no longer causes the molecule's destruction.

The researchers tested the effectiveness of this molecule in breast tumors in a mouse model and found that when it was given orally to the mice it reduced tumor size by up to 65 percent.

The scientists used dietary supplements that contained the active ingredients of broccoli and Brussels sprouts, although it is likely that the same effect can be achieved by eating the vegetables themselves.