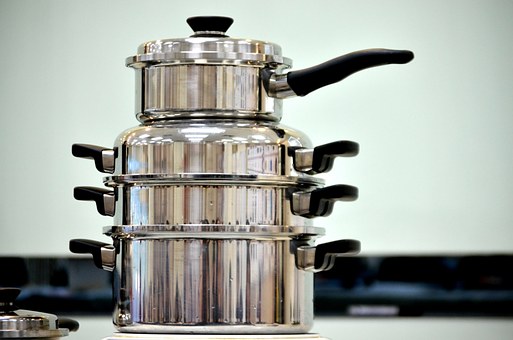 Advertisement. Report if inappropriate.
A chemical found in non-stick cookware and food packaging has been linked to thyroid disease in humans.

The study found that the substance perfluorooctanoic acid (PFOA) was found in higher concentrations in the blood of people with thyroid disease.

PFOA is a man-made chemical used in industrial and consumer goods including nonstick cookware such as Teflon-coated pans - where it becomes unstable when heated at very high temperatures. It is also found in fast-food packaging, and flame-resistant and stain-resistant coatings for carpets and fabrics.

The study included 3966 adults aged 20 and older whose blood serum was sampled between 1999 and 2006 for PFOA and other perfluoroalkyl acid (PFAA) compounds, including perfluoroctane sulphonate (PFOS). The researchers analyzed samples from the US Centers for disease Control and Prevention's nationally representative National health and nutrition Examination Survey (NHANES).

The most specific analysis included 163 women and 46 men who reported having current thyroid disease and who were taking thyroid medication at the time the blood samples were taken.

The models used in the analysis were adjusted for potential confounding factors, such as age, gender, ethnicity, smoking, and body mass index.

"There have long been suspicions that PFOA concentrations might be linked to changes in thyroid hormone levels,"

"Our analysis shows that in the 'ordinary' adult population there is a solid statistical link between higher concentrations of PFOA in blood and thyroid disease."

Previous animal studies have shown these compounds can affect the function of the thyroid hormone system.

This is essential for maintaining heart rate, regulating body temperature and supporting many other body functions, including metabolism, reproduction, digestion and mental health.

The main source of human exposure to these chemicals is believed to be through diet. People may also be exposed through contaminated indoor air and dust from consumer goods such as textiles, footwear, furniture, and carpets.