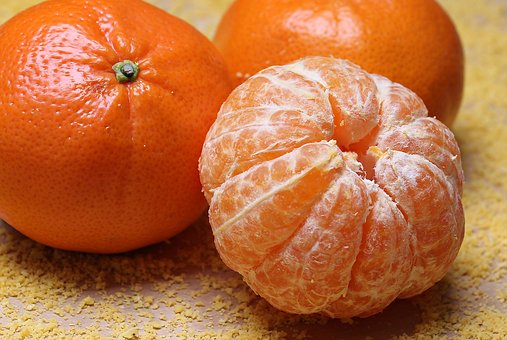 New research has discovered a substance in tangerines that not only helps to prevent obesity, but also offers protection against type-2 diabetes, and even atherosclerosis, the underlying disease responsible for most heart attacks and strokes.

Scientists found that the naturally occurring substance nobiletin, found in high concentrations in tangerines, was responsible for these health benefits.

Nobiletin is part of a family of molecules called flavonoids that are found naturally in citrus fruits. Tangerines contain the highest nobiletin concentration of any citrus fruit.

Scientists fed mice a diet representing the nutrient content of western societies - high in fats and sugars. One group of mice became obese, showing elevated insulin levels and a fatty liver - symptoms that increase the risk of cardiovascular disease and type-2 diabetes.

However, a second group of mice that was given doses of nobiletin in addition to their diet experienced none of the symptoms of the first group. Researchers found that nobiletin prevented the build-up of fat in the liver by blocking the genes responsible for manufacturing fat.

One of the scientists said:

"The nobiletin-treated mice were basically protected from obesity,"

"And in longer-term studies, nobiletin also protected these animals from atherosclerosis, the buildup of plaque in arteries, which can lead to a heart attack or stroke."

Research by the same scientist two years ago discovered a substance in grapefruits called naringenin which offered similar protection against obesity.

"What's really interesting to us is that nobiletin is 10 times more potent in its protective effects compared to naringenin," he said.

"This time, we've also shown that nobiletin has the ability to protect against atherosclerosis."

Tangerines have similar health benefits to oranges and other citrus fruits. They provide an excellent source of Vitamin C and other beneficial flavonoids such as B vitamins and Beta-carotene. But unlike oranges, tangerines have a peel that comes away easily, making them more convenient to eat.