Probiotics: The Key to Better Health

Posted by SoundHealth on Tuesday, November 24, 2009 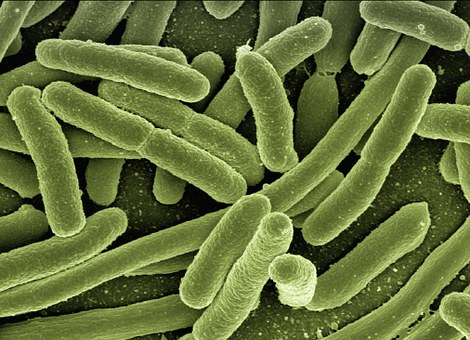 Growing research is finding that one of the keys to good health can be found in our guts - specifically, in the bacteria that live in the digestive tract. These bacteria are known as probiotics, and they have been associated with improving digestive health, reducing inflammation, food allergies, skin conditions, obesity and more.

This "good" bacteria not only helps to promote digestive health, but also stimulates a healthy immune system by helping the body to absorb nutrients. 80% of immune system is located in the digestive system, and the largest number of good bacteria occur in the small and large intestines. The human body is made up of an estimated 100 trillion bacterial cells from at least 500 species, not including viruses and fungi. These bacteria, or probiotics are sometimes referred to as "friendly" bacteria, whose job it is to repopulate the bowel and which are responsible for several important biological functions in the body. Probiotics:

"prebiotics" are food ingredients that stimulate the growth and/or activity of bacteria in the digestive system, in other words they serve as food for bacteria in the digestive tract. They are equally important as probiotics and are necessary to keep the supply of good bacteria alive to continue to keep the bad bacteria in check. For example, inulin, a form of indigestible starch found in many root vegetables including onions and garlic is a common prebiotic.

The body is naturally inhabited by healthy bacteria, however inadequate diet, environmental toxins, stress, antibiotics, and other factors can disrupt or even destroy good bacteria, leading to stomach illnesses, digestive problems, and diseases such as Crohn's disease or colon cancer. Probiotics help the digestive system recover by balancing out the good and bad bacteria.

Probiotics have been found to help with food allergies, calming inflammation and helping to eliminate many health problems, including asthma, which is often the result of systemic inflammation caused by food allergies, as well as some skin conditions and intestinal disorders.

A study in the journal Pediatrics in August 2009 confirmed the positive effects of probiotics in maintaining immunity and preventing disease, particularly in children. The children studied experienced a significant decrease in colds and the flu after probiotic supplementation. The study also confirmed that probiotic supplementation decreased the length and severity of illness symptoms in those that did get sick. [1]

Another significant benefit of probiotics is their ability to improve allergies. One 2005 study found that these bacteria prevented eczema in young children with an inherited tendency to develop allergies. Researchers found that 92% of babies treated had their condition improve from taking the probiotic Lactobacillus fermentum. [2]

Another 2005 study further showed that probiotics could provide relief from allergies. Young children who were suspected of having a cow's milk allergy were switched to cow's-milk-free diets (and their nursing mums to cow's-milk-free diets). All of the babies in the study improved, by an average of 65 percent and those with a food allergy improved even more if they got the probiotic Lactobacillus supplement than if they got placebo capsules. [3]

Another emerging topic of research examines a possible link between probiotics and obesity. Probiotics and gut microflora play a role in metabolism and one research article suggests that the balance of bacteria in the gut may help fight obesity. A study in pregnant women found that one year after giving birth, women were less likely to have the most dangerous kind of obesity if they had been given probiotics from the first trimester of pregnancy. Those who receiving daily capsules of probiotics containing Lactobacillus and Bifidobacterium, which are two of the most commonly used probiotics, were found to have the lowest levels of central obesity as well as the lowest body fat percentage. [4]

Antibiotics inhibit the growth of bacteria and are used to treat infections in the body. However they also kill off the good bacteria along with the bad stuff. One of the leading researchers into the world of probiotics, Gary Huffnagle pH.D. explains why probiotics can counter the negative effects of taking antibiotics:

"We're now finding that eliminating all the good microbes from our body results in a weaker immune system, which we believe is leading to problems such as increased incidence of chronic disease, including allergies like asthma,"

"Once you take antibiotics as your physician prescribed, follow it with some form of probiotic supplement to get the microflora in your gut back to where it should be. Your recovery and your health will be much greater."

To support probiotic growth, increase the amount of cultured dairy products you eat. Foods like yoghurt, some cheeses, pickles and sauerkraut - another name for fermented cabbage, are all good sources of natural, healthy bacteria. However, not all these foods contain probiotics, look for cultured dairy products that indicate "contains live cultures" or "contains active cultures".

Many fermented dairy products such as yoghurt drinks are now available that specifically support digestive health. These typically have one or two types concentrated probiotic bacteria added to them. However, many also contain lots of sugar or artificial sweeteners too, so read the labels.