Posted by HealthyMuslim on Wednesday, October 22, 2008 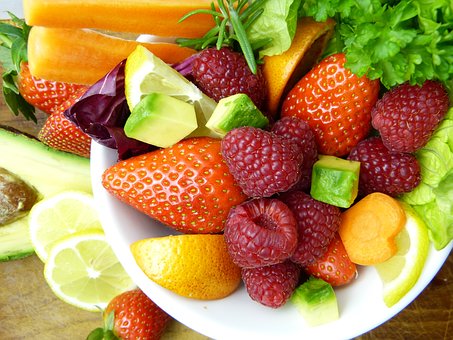 A professor studying the effects of polyphenols on health has made a list of 20 lifespan increasing essential foods.

Gary Williamson, a professor from the University of Leeds in the Department of Food Science, is a researcher on the beneficial effects of dietary polyphenols which are found in plants such as berries. Polyphenols have been shown to reduce the risk of many illnesses such as heart disease and Alzheimers amongst others. These foods can help to slow down the ageing process according to Professor Williamson, which occurs by helping to protect cells from the natural damage that occurs over time.

Chocolate is mentioned in the list, but this is the very dark chocolate which has a more bitter taste. This should be eaten occasionally and in moderate amounts. Coffee is also in the list and again this should be taken in moderation.

You can see that most of the list consists of fruits and vegetables. A good way to have this fruit is early in the morning while your body is in the elimination process. Fruit is digested real quickly (within half an hour).

A good starting routine to the day is have a glass of water or two on waking up, and to have a fruit cocktail consisting of fresh fruit from the list above a short while later. You can then have (a healthy) breakfast after an hour or so, but its ideal to consume mainly fruit in the morning.

Other research being conducted in Australia and the US is also leading to the conclusion that polyphenols protect against heart disease.