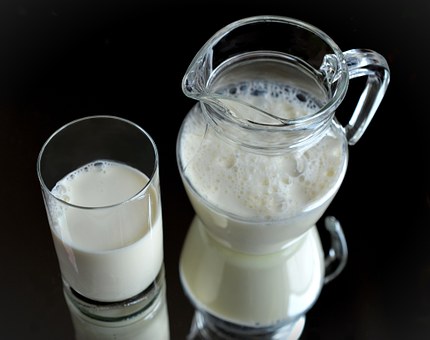 Getting more calcium in the diet could help to extend lifespan, new research suggests.

Researchers found that men who consumed the most calcium in food were 25 percent less likely to die over the next decade. None of the men took calcium supplements.

Calcium is well known as the mineral for building strong bones, and although the vast majority of calcium is stored in the bones and teeth, it's important for other bodily processes as well.

For instance, calcium plays a role in muscle contraction, blood clotting and cell membrane function. It also helps regulate the activity of enzymes, and if the body does not have enough available calcium, it can lead to weakened bones, increase the risk of blood pressure, certain cancers and even shorten lifespan.

In this study, researchers looked at more than 23,000 Swedish men who were 45 to 79 years old at the study's outset and were followed for 10 years. All had reported on their diet at the beginning of the study. During follow-up, about 2,358 died.

Men in the top third based on their calcium intake were getting nearly 2,000 milligrams a day, on average, compared to about 1,000 milligrams for men in the bottom third.

"Intake of calcium above that recommended daily may reduce all-cause mortality," the researchers concluded.

The findings are in line with previous research linking higher calcium intake with lower mortality in both men and women.

Calcium is vitally important to the body's ability to function, and if there is not enough of it in the blood from dietary sources, the body will begin to use stores of the mineral from the bones. This is why it's so important to include calcium-rich foods in the diet.

The Best Sources of Calcium

The best food source of calcium is raw milk and other raw dairy products. One of the worst side effects of pasteurization is that it makes much of the calcium contained in raw milk insoluble, so it is best to drink milk raw to absorb its calcium.

Dark green, leafy vegetables, including spinach, turnip greens and mustard greens are another great source of calcium, as are sesame seeds.

Calcium from dietary sources is usually more completely absorbed than calcium from supplements, so eating more of these foods is a simple way to boost calcium levels.

Vitamin D is also important for calcium absorption, so make sure that your vitamin D levels are optimized as well.

To protect bone health and prevent diseases, however, calcium should not be taken on its own, but as part of a healthy diet. Bone is composed of at least a dozen minerals, which are all required along with calcium to keep the skeletal system strong, healthy and disease-free. A good way to ensure a plentiful supply of these trace minerals is through unprocessed salts, such as Himalayan salt, which is one of the best sources of these ionic trace minerals, responsible for catalyzing many important functions in the body and helping in the absorption of nutrients.