Posted by SoundHealth on Thursday, January 01, 2009 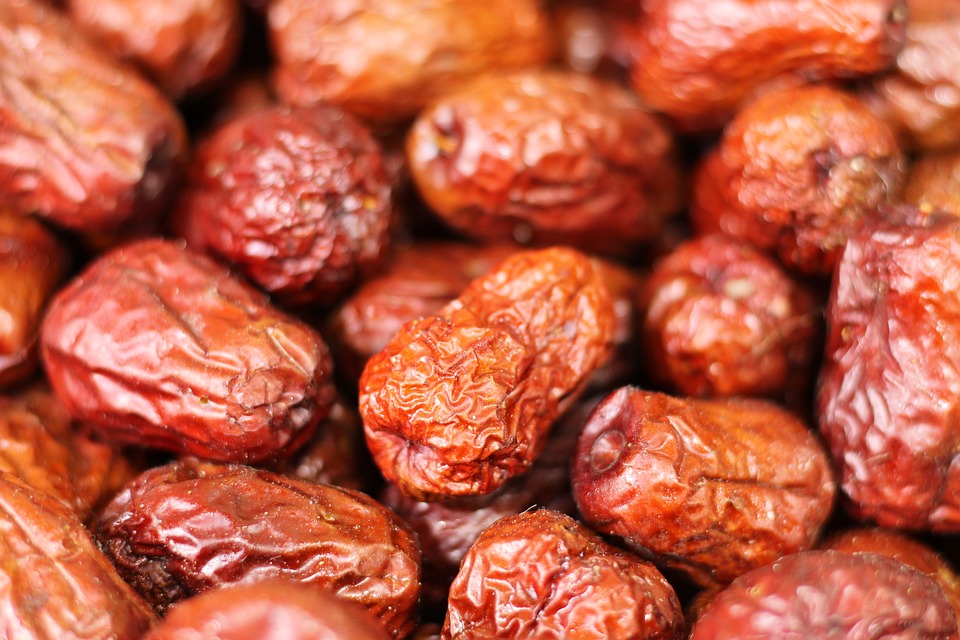 Dates are available in abundance throughout the Islamic world, and historically have been a main ingredient in many peoples' diets. So it is not surprising that Ibn al-Qayyim, the great scholar, mentioned the many health benefits of dates in his work "The Prophetic Medicine". He described the benefits of eating dates at their different stages of ripeness, from unripe, fresh (ripe), and dried.

Ibn al-Qayyim said that dried dates were one of the most nourishing of fruits for the body, and could strengthen the liver and clear a sore throat. He also said that they were especially beneficial when eaten with pine kernels. He mentioned that for those not used to eating dates - like those who lived in cold countries, they could cause negative effects like headache, obstructions, and harm the teeth, but eating them with almond or poppy could reduce these effects.

Ibn al-Qayyim said that fresh dates were nourishing and enriching for the body, and he mentioned the Prohetic Hadith that the Messenger of Allah (Sallallaahu alayhi Wasallam) used to break his fast with some fresh dates, before he prayed; if there were none, then with dried dates (tamarat). If there were none of these then he would take a drink of water. [Ibn Hanbal, Musnad III. 164]

Ibn al-Qayyim said that the best of the unripe dates were sweet, and some of the benefits he mentioned were for the gums, mouth, and the stomach. However, he said that excessive consumption of these dates and of balah, could cause intestinal obstructions.

Ibn al-Qayyim said that these dates had fewer nutrients than ripe dates and were unhealthy for the lungs and chest, but some had some benefits for the mouth, gums and stomach. He said that eating fresh and ripe dates together was beneficial as the effects balanced each other.

Ibn al-Qayyim said that the 'Ajwa date referred to here is the one found in Madina, and it is "a noble kind, compact, firm of body, strong, among the softeset, best and most delicious of dates."

He also mentioned the following Prophetic Ahadith about 'Ajwa dates:

Referring to eating seven Ajwa dates, the Messenger (Sallallaahu alayhi Wasallam) said, "He will not be harmed by anything until he reaches the evening." [Saheeh Muslim (2047)].

Dates are a good source of fiber, and naturally occurring sugars like glucose, fructose and sucrose.

Dates are also one of the best natural sources of potassium. Potassium is an essential mineral needed to maintain muscle contractions, including the vital heart muscle, and to maintain a healthy nervous system and to balance the body's metabolism. Since potassium is not stored in the body, and much is lost in perspiration, it must be continually replenished.

According to researchers at the University of Scranton in Scranton Pennsylvania, dates have the highest concentration of polyphenols (a group of chemicals with antioxidant properties) among dried fruits.

Dates also contain a variety of B-complex vitamins - thiamin, riboflavin, niacin, vitamin B6 and pantothenic acid (vitamin B5). These vitamins have a variety of functions that help maintain a healthy body - to metabolize carbohydrates and maintain blood glucose levels, fatty acids for energy, and they help make hemoglobin, the red and white blood cells.