Posted by HealthyMuslim on Monday, November 17, 2008 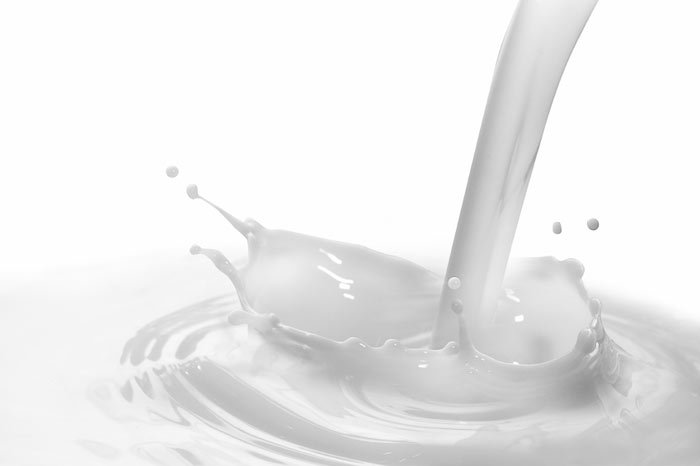 Advertisement. Report if inappropriate.
From the 15th chapter of the excellent book "The Untold Story of Milk" by Ron Schmid:

My familiarity with the work of Weston Price and my clinical experience have convinced me that most illness is the direct result of eating processed foods. Dairy foods - nearly 100 percent of which are highly processed - make up a significant portion of the diet of most Americans. So it is no exaggeration to state that pasteurized, homogenized milk and milk products are closely associated with most of the disease with which Americans suffer.

And suffer we do. Nearly 600,000 Americans die of heart disease every year, and almost as many die of cancer. One of every 15 adults is diabetic. Forty-three million of us have been diagnosed with arthritis. With just five percent of the world's population, America has over 12 percent of the multiple sclerosis patients.

Allergies afflict about 38 percent of all Americans, according to a recent survey. Untold millions of children suffer with ear infections and undergo subsequent surgical treatment. The incidence of all of these and most other diseases has risen drastically during the past 100 years. And during those years, processed pasteurized dairy foods have replaced fresh raw milk products in the diet of nearly all Americans.

Most of us think of milk-associated illness as acute gastrointestinal distress caused by consuming a tainted particular portion of milk or a milk product. When we examine problems of this nature reportedly caused by both pasteurized and raw milk, we should keep in mind the full range of chronic illness in America today. The lack of good quality raw dairy foods and the generally poor quality of their modern processed counterparts have played a fundamental role in the deterioration of our national health.

For many individuals allergies are the clearest manifestation of acute illness caused or aggravated by milk and other dairy products. Many articles in medical journals describe allergies to milk in babies and young children. The authors never mention the fact that the allergies are always to pasteurized milk; the alternative of raw milk goes unrecognized and unmentioned. In one study, 59 of 787 babies studied were found to have the classic allergic symptoms of recurrent nasal congestion and bronchitis, eczema, diarrhea or repeated vomiting in response to pasteurized milk or milk-based formula. In other studies the percentages of babies allergic to milk have been even higher. These children saw their doctors much more frequently and required hospitalization more often than children who were non-allergic. The earlier the babies were exposed to pasteurized milk, the more likely they were to show signs of intolerance.

A more serious complication was described by investigators who worked with ten- to thirteen-year old children with a kidney disease called nephrosis, which involves the loss of excess amounts of protein from a damaged kidney. Fluid accumulation with swollen hands and feet is commonly the result, and the problem can lead to permanent renal disease and death. When pasteurized milk was removed from the diet, the children showed signs of marked improvement, and when the milk was reintroduced, the problems returned. The researchers concluded that sensitivity to milk and other foods played a prominent role in causing the disease. Unfortunately, in this as in other studies, the investigators made no attempt to give raw milk and note the results.

Other physicians have observed additional relationships between pasteurized milk and allergic disease in children. eczema, musculoskeletal pain (growing pains), rheumatoid arthritis and strep infections are just a few of the problems pediatricians have alleviated by eliminating milk from the diet. In my own experience, there is not a single problem that occurs in infants and young children that cannot be helped by eliminating pasteurized milk and dairy products from the diet.

Upper respiratory symptoms, frequent ear infections and asthma are often the most obvious symptoms, but virtually any complaint may be a manifestation of allergy to pasteurized milk, as well as to other processed foods. Of the hundreds of children I've treated, virtually every child whose parents have been willing to eliminate these foods from the child's diet has had marked improvement in symptoms, often with subsequent progress to vibrant good health. Just how far that progress can go is generally determined by the willingness of the parents to learn and implement the principles taught by Weston Price - no easy task but one that can be accomplished when people are willing and have a good teacher.

Physicians have also noted a number of interesting and disturbing relationships between the consumption of pasteurized milk and several serious chronic diseases. Investigators at the Baylor College of medicine found that the factors that characterized patients with Lou Gehrig's disease included exposure to lead and mercury and high consumption of pasteurized milk. A number of pediatricians have noted milk allergy in juvenile rheumatoid arthritis. In Don't Drink Your milk, Oski quotes pediatrician Dan Baggett:

I have had several children with signs and symptoms of early rheumatoid arthritis. Without exception, during the past eight years, I have had the good fortune to relieve them and watch their certain return to good health by simply eliminating all traces of milk from their diet.

Oski notes that many other pediatricians have had similar experiences. He also comments on the "many subtle and puzzling forms" milk allergy may take. Other investigators have found a relationship between heavy milk drinking and antisocial behavior. Young criminals were found to drink almost ten times the amount of milk that was drunk by the control group.

It is heartening to note that elements of the medical establishment are realizing that pasteurized milk and milk products play a key role in causing these various problems. But it is disheartening that physicians still lack understanding of the beneficial role of raw milk. The position of the CDC, the FDA, the federal, state, and local public health services, the medical journals, and every professional organization in the conventional medical, veterinary, and public health professions is one of overwhelming opposition to raw milk. This makes it difficult or impossible for the individual physician, pediatrician or otherwise, to suggest raw milk for his or her patients.