The Herb Rocket Is a Potential Anti-Ulcer Medicine 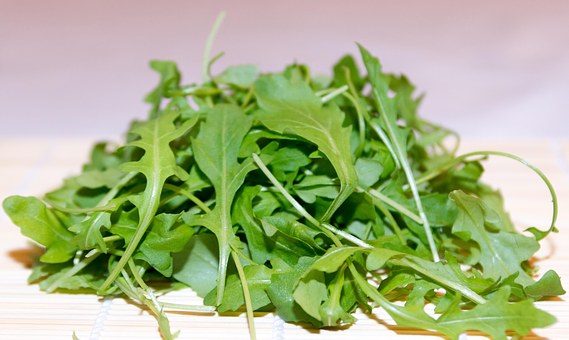 Gastric ulcers are a common illness that affect a considerable number of people worldwide. They are open sores that develop on the inside lining of your stomach, upper small intestine or esophagus.

The treatment for this painful condition is usually drugs such as proton-pump inhibitors which can cause a host of problems themselves - ranging from nausea and constipation to skin rashes.

"It has been shown that long term use of these drugs leads to various adverse side effects. Relapses of the malady (peptic ulcers), ineffectiveness of different drug regimens and even resistance to drugs are emerging. Thus, there is an urgent requirement to identify more effective and safe anti-ulcer agents," a team of scientists at King Saud University in Riyadh, Saudi Arabia, noted in a statement to the media.

Their new research, just published in the World Journal of Gastroenterology suggests that they have found a natural and safe alternative ulcer treatment - an herb known as Eruca sativa (also called rocket or arugula).

Dr. Syed Rafatullah and colleagues validated the gastric anti-ulcer properties of arugula on albino rats that were exposed to chemicals, drugs and other stressors in order to induce acid secretion and ulcers. The levels of gastric wall mucus, acid and damage to gastric tissue were all examined by the investigators. They found that an extract of Eruca sativa significantly and dose-dependently reduced the basal gastric acid secretion. What's more, the lab animals pretreated with the arugula extract were protected from the development of gastric ulcers despite being exposed to a host of toxins and stresses.

The scientists concluded that the herb possesses anti-ulcer effects, possibly due to its ability to reduce stomach acid secretion and mediate the activity of hormones called prostaglandins. The plant's antioxidant properties could also be the key to arugula's stomach-protective abilities, the researchers noted in a statement to the media.

CONCLUSION: rocket extract possesses anti-secretory, cytoprotective, and anti-ulcer activities against experimentally-induced gastric lesions. The anti-ulcer effect is possibly through prostaglandin-mediated activity and/or through its anti-secretory and antioxidant properties.

The herb rocket, sometimes known as arugula or roquette, and botanical name Eruca sativa, belongs to the Brassicacae family. It has a distinct pungent, peppery aroma and flavor, similar to mustard or cress, which increases with the age of the leaf.

Rocket is an excellent source of vitamins A and C, folic acid, calcium, manganese, and magnesium. It is also a good source of potassium, iron, zinc, riboflavin, and copper.

Rocket and other cruciferous vegetables contain a group of anticancer compounds known as glucosinolates. These compounds exert antioxidant activity, and are potent stimulators of natural detoxifying enzymes in the body.

Rocket is very easy to grow yourself at home. It is a cut-and-come-again herb like many herbs and salad leaves, and can be added to salads and soups to spice them up.