Posted by HealthyMuslim on Sunday, November 23, 2008 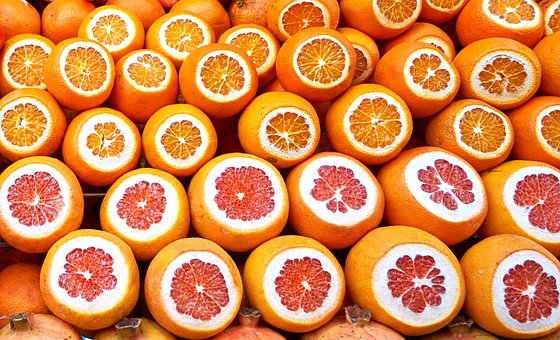 From the introduction to the book:

Amazingly, Vitamin C has actually already been documented in the medical literature to have readily and consistently cured both acute polio and acute hepatitis, two viral diseases still considered by modern medicine to be incurable, regardless of the treatment used. It should be understood that both polio and hepatitis may sometimes spontaneously resolve, either relatively quickly or over a more prolonged period of time. However, modern medicine does not seem to be aware that properly dosed Vitamin C will reliably and quickly cure nearly all cases of acute polio and acute hepatitis. Polio babies are completely well in less than a week, and hepatitis patients are sick for only a few days, not several months. Furthermore, chronic hepatitis does not develop in acute hepatitis patients treated with sufficient Vitamin C.

Vitamin C has also reversed and often cured many of the other common viral and bacterial diseases that continue to plague both children and adults. While a great deal of evidence exists to further demonstrate that properly dosed Vitamin C can reverse and almost always prevent other significant medical conditions such as cancer and heart disease, the best documented and most compelling evidence involves the cure of multiple infectious diseases that cause great suffering and often kill or incapacitate. As the reader witnesses a sampling of the enormous quantity of hard scientific evidence that has been virtually ignored on the effective treatment of infectious diseases with Vitamin C, it will be much easier to comprehend that many more, although less well-documented, applications of Vitamin C remain equally unappreciated. 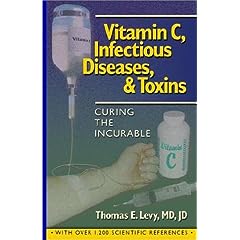 Acute viral hepatitis...is easily and completely curable with treated promptly with adequate doses of Vitamin C ...some evidence indicates that a high dose of Vitamin C for a long enough period of time would probably resolve (chronic hepatitis) as well in many of the cases.......A significant benefit of properly dosed Vitamin C would be the elimination of any need or reason to vaccinate people against hepatitis

All three children had different doctors. The little girl under Klenner's care was given 10,000 mg of Vitamin C as a slow intravenous "push" with a 50 cc syringe every eight hours for the first 24 hours and then every 12 hours for two more doses. Following this she was given 1,000 mg of Vitamin C every two hours by mouth. Klenner also notes that a 40,000-unit dose of antitoxin was injected into the little girl's abdomen. The other two children received the antitoxin as well, but they did not receive any Vitamin C. They both died but Klenner's patient survived, later becoming a nurse.

These are all quotes from the author. See the book at Amazon.Com

Having seen Vitamin C infusions first hand,having witnessed complete remissions of brain tumor,malignant melanoma,and adenocarcinoma,having used sodium ascorbate on my asthmatic daughter to stop her coughing at night when she had a cold, having crusaded for linus pauling to the condemnation of my medical colleauges,this book is a wonderful compilation of data that strongly implicates the AMA as being negligent in their oath and responsiblities.

This book officially affirms what I've been living for years. I have treated successfully oral herpes, chicken pox, mononucleosis, and respiratory viral infections for years in myself, my wife, and my family.

Finally, a vindication for linus pauling and great news for the human race. This book is the truth!!! The whole truth!!!!

I might have been a bit skeptical of Dr. Levy's assertions until my own advanced cold was virtually wiped out after getting 100 grams of Vitamin C by vein over a few hours. Many other infections and toxin exposures can be similarly neutralized by enough intravenous Vitamin C. Dr. Levy combines his own experiences with over 1,200 journal references to make his book very compelling reading. This should be a textbook in the medical libraries.

I highly recommend that every nurse, pharmacist, MD, and veterinarian own a copy of this well-written book. There is nothing speculative or sensationalized about it. There is simply case study after case study after case study of information on the viral inhibition and bacterial toxin inhibition capabilities of injectable ascorbate. It is exceptionally well documented and includes over 1200 journal references. They are well enough referenced for one to be able to go verify the content. I WILL be buying more copies of this book to give away. I read a lot of medical and natural healing books, but this one has just been added to my TOP 5 nutritional healing books! A must own reference. Dosing information is very well provided for all ages, body types. I feel quite certain that nobody can read this book and not come away with a renewed awe at the power of the intravenous, intramuscular, and oral uses of Vitamin C (actually it is not a vitamin).

Tons of research on C since this book that has validated many of the claims - especially with regards to serious things like Aids. No studies to date that contradict any of the claims in this book. Now the Codex is trying to require a prescription for large doses of Vit C, simply because it causes diahrea (so they say). We all know the real reason. Levy - put it into words.