Posted by SoundHealth on Thursday, December 11, 2008 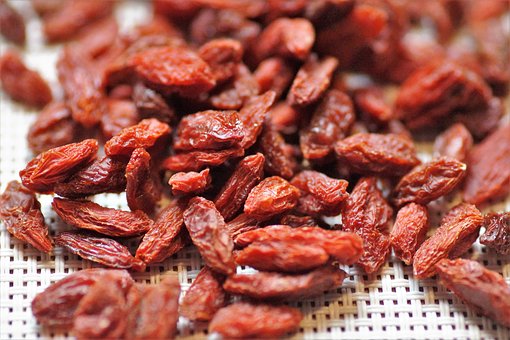 The goji berry, or wolfberry is a round red fruit native to the Himalayan region. It is nutritionally rich in Beta-carotene, vitamins C, B1, B2 and many other vitamins, minerals antioxidants and amino acids and is a good source of essential fatty acids.

Goji berries are widely used for their medicinal and culinary purposes and contain complex phytonutrients, some of which are used to treat disease:

Research has shown that the goji berry can improve vision. This is because it contains Beta-carotene in a highly biologically active form which is readily utilized by the body.

The berry is said to contain 2500 mg of Vitamin C per 100 grams of fruit, making it one of the world's richest sources of Vitamin C. It is rated at number 1 on the ORAC scale (Oxygen Radical Absorbance Capacity), which measures the antioxidant level in foods.

Pure and unadulterated goji berry juice is a proven and powerful antioxidant full of bioflavonoids, which are beneficial to human health. However, the goji berry has recently been mass-marketed as a 'health food' by big manufacturers and goji berry juice Drinks are being sold as 'health' drinks. However, these drinks contain citric acid, flavourings and preservatives and do not have the same nutritional benefit as pure goji berry juice.

Goji berries can be eaten raw or cooked, and are commonly available in their dried form from health Food shops.