Posted by SoundHealth on Wednesday, September 15, 2010 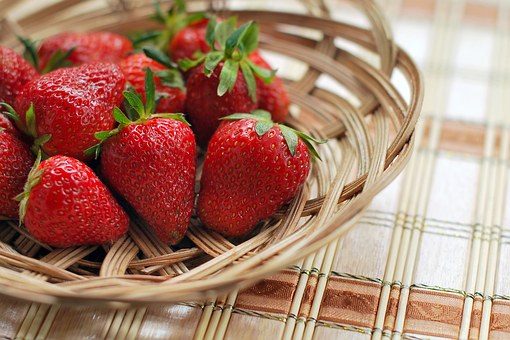 Strawberries contain a wealth of cancer-fighting, health-protective nutrition. They are packed with Vitamin C, folate, potassium and fiber. They are second only to plums as the richest fruit in antioxidants, being especially high in cancer and heart disease-fighting flavonoids, anthocyanins, and other substances.

Many conventionally-grown fruits, however, contain a high level of pesticides, which can have adverse effects on health. Strawberries in particular have been found to be one of the most pesticide-laden fruits, according to a report published by the Environmental Working Group.

Scientists have now proven that organic produce is both tastier and better for your health. The most detailed study of its kind has found that organic strawberries were superior in every way compared to conventional pesticide-sprayed produce.

The results found that the organic strawberries had:

These findings add to a growing body of evidence that organic food is healthier than conventional fruit and vegetables.

The lead author said: "We show that you can have high quality, healthy produce, without resorting to an arsenal of pesticides."

Researchers analyzed the taste, nutrition and quality of three strawberry varieties growing on 13 organic and 13 conventional farms in California, as well as 31 chemical and biological properties of the soil where they were grown.

In blind taste tests, volunteers said they found organic strawberries sweeter and more flavorsome. And when they saw the fruit, they judged the strawberries from the organic farms to have a better color.

The researchers also found that the soil on the organic farms was healthier and contained more bacteria and insect life.

In previous research, a major EU-funded study involving 31 universities and research institutes last year found that levels of vitamins and antioxidants were higher in organic crops, while levels of toxic chemicals and metals were lower.

Organic farming has strict rules that do not allow antibiotics and drugs to be routinely used on livestock, and the use of chemical pesticides and fertilizers is restricted. They instead rely on natural fertilizers, rotation of crops, manual managing of weeds and natural pest deterrents, and there is no leaching of chemicals into the soil and roots of the food products.