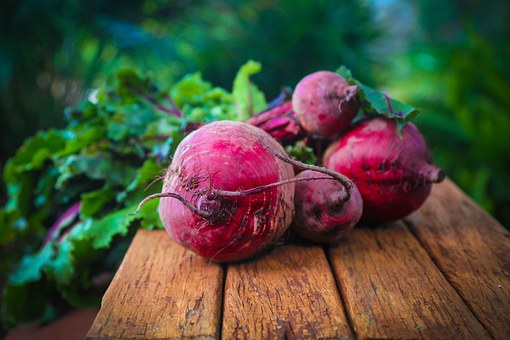 The vegetable beetroot has many powerful health benefits. It is a powerful cancer-fighter and also helps to reduce inflammation, due to the beneficial pigments it contains, which also give beetroot its rich, red color.

Researchers have now found another potent health benefit of this vegetable - from drinking its juice. This bright red juice contains the chemical nitrate, which dramatically reduces blood pressure, cutting the risk of heart disease and strokes.

A recent study found that patients who drank a glass of beetroot juice a day were found to have significantly lower blood pressure just 24 hours later.

The findings, published online compared patients who were given a 250ml glass of beetroot juice a day with those who took nitrate tablets.

They found that the two methods were equally successful in reducing blood pressure.

The researchers concluded that the nitrates which naturally occur in beetroot are the cause of its beneficial effects. These produce a gas known as nitric oxide in the blood which widens blood vessels and arteries and lowers blood pressure.

One of the study authors said:

"We showed that beetroot and nitrate capsules are equally effective in lowering blood pressure indicating that it is the nitrate content of beetroot juice that underlies its potential to reduce blood pressure.

"We also found that only a small amount of juice is needed - just 250ml - to have this effect, and that the higher the blood pressure at the start of the study the greater the decrease caused by the nitrate.

"Our previous study two years ago found that drinking beetroot juice lowered blood pressure; now we know how it works."

A previous study has already showed how drinking beetroot juice can boost stamina. Last year researchers from the University of Exeter and Peninsula Medical School found that healthy young men were able to increase their stamina by up to 16 per cent, helping them to exercise for up to 16% longer, after drinking a glass of beetroot juice for a week.

They showed how the nitrate contained in beetroot juice leads to a reduction in oxygen uptake, making exercise less tiring.

Drinking large amounts of beetroot juice has one alarming but harmless side-effect - it is known to cause some people to experience purple or red urine, scientifically known as beeturia.