Posted by SoundHealth on Monday, December 20, 2010 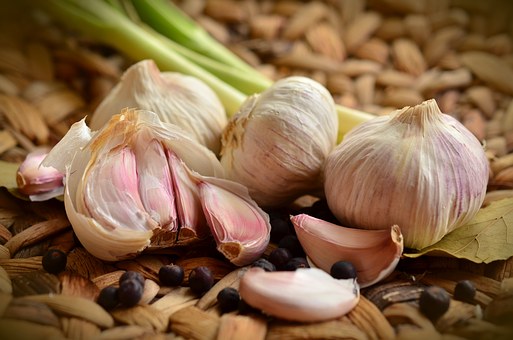 Advertisement. Report if inappropriate.
Garlic is one of the most impressive and potent of natural foods. It is known for its powerful smell and taste, but its protective powers are even stronger, ranging from fighting cancer to powerful antibiotic, antibacterial, antiviral and anti-fungal properties.

A new study has discovered that women who consume a diet high in allium vegetables, such as garlic, onions and leeks, have lower levels of hip osteoarthritis.

The findings not only highlight the possible effects of diet in protecting against osteoarthritis, but also show the potential for using compounds found in garlic to develop treatments for the condition.

Osteoarthritis is the most common form of arthritis in adults, and women are more likely to develop it than men. It causes pain and disability by affecting the hip, knees and spine in the middle-aged and elderly population.

The study looked at over 1,000 healthy female twins, many of whom had no symptoms of arthritis.

The team carried out a detailed assessment of the diet patterns of the twins and analyzed these alongside x-ray images, which captured the extent of early osteoarthritis in the participants' hips, knees and spine.

They found that in those who consumed a healthy diet with a high intake of fruit and vegetables, particularly alliums such as garlic, there was less evidence of early osteoarthritis in the hip joint.

To investigate the potential protective effect of alliums further, researchers studied the compounds found in garlic. They found that that a compound called diallyl disulphide limits the amount of cartilage-damaging enzymes when introduced to a human cartilage cell-line in the laboratory.

The lead author says: "While we don't yet know if eating garlic will lead to high levels of this component in the joint, these findings may point the way towards future treatments and prevention of hip osteoarthritis.

"It has been known for a long time that there is a link between body weight and osteoarthritis. Many researchers have tried to find dietary components influencing the condition, but this is the first large scale study of diet in twins. If our results are confirmed by follow-up studies, this will point the way towards dietary intervention or targeted drug therapy for people with osteoarthritis."

Garlic and other allium vegetables are versatile and can be added to virtually any savory dish to boost its flavor. Peeling, crushing and cutting garlic increases the number and variety of beneficial active compounds, including the enzyme allinase, which produces diallyl disulfide, the compound investigated in this study.