Posted by HealthyMuslim on Sunday, October 26, 2008 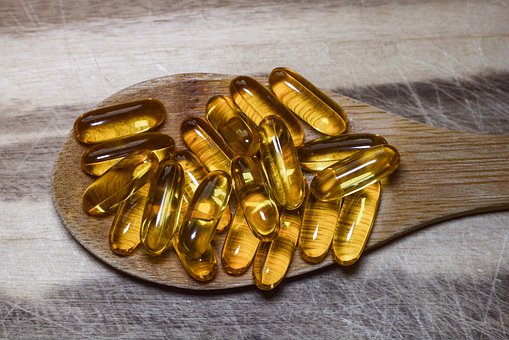 Many women after giving birth are overtaken by powerful depression, which can last for long periods of time. Research has now shown that there is a correlation between the levels of the neurotransmitter serotonin and depression, aggression and violence. Low levels of serotonin lead to depression and other mental ailments.

In addition, there is also a connection between the intake of omega-3 fatty acids and the levels of serotonin in the brain. Another neurotransmitter called dopamine is also associated with a type of depression when its levels are low. At low levels of dopamine, boredom, lack of interest in life, lack of excitement about life in general appear.

In certain cases where the deficiency is extreme, suicidal tendencies may arise.

Why does this happen in pregnant women after birth?

During pregnancy, the baby's brain needs large amounts of omega-3 fatty acids in the form of DHA (docosahexaenoic acid). These fatty acids are crucial to the development of the baby's brain and large amounts are taken from the mother's body (from the blood and tissues). This occurs via the placenta that will remove DHA from the mother's blood circulation.

If the mother's diet lacks omega-3 fatty acids in the form DHA, then larger amounts of omega-3 are removed from the mother's blood. This explains the onset of powerful depression after birth. It is known that the baby's brain has a large growth spurt in the last three months of the pregnancy.

Studies have been done on the correlation between low levels of omega-3 fatty acids and occurrence of postnatal depression, showing that this is indeed the case.

When there are multiple pregnancies, the mother's omega-3 levels will continue to be depleted, and thus after numerous births, major depression, and violent tendencies can immediately set in following a birth.

So what advice should be given to pregnant women?

Pregnant and breastfeeding women should ensure they get a sufficient amount of omega-3 fatty acids in the diet. Specifically, they can take DHA and EPA supplements. These are available from health and supplement stores. Fish oils have good content of EPA and DHA, but pure DHA can also be taken in the form of supplemental pills at around 500mg - 1000mg daily.

If you take oils with EPA make sure its content is low (around 30%) as EPA can cause the blood to become thinner, which can lead to excess bleeding during delivery. DHA does not have this effect and thus you should have a greater intake of DHA.

It is important to note that with every pregnancy the mother's levels of omega-3 fatty acids continue to fall which means subsequent children will be getting less and less. This can have an affect on the child's mental development, behaviour and learning abilities. Thus, mothers having many children to should make sure they have a sufficient intake of omega-3 fatty acids in the diet and also supplement with EPA and DHA during and after pregnancies.

Leaving aside pregnancy, omega-3 fatty acids in general play an important role in a large number of health enhancing processes in the body, so everyone, male, female, young and old should ensure sufficient amounts in the diet.