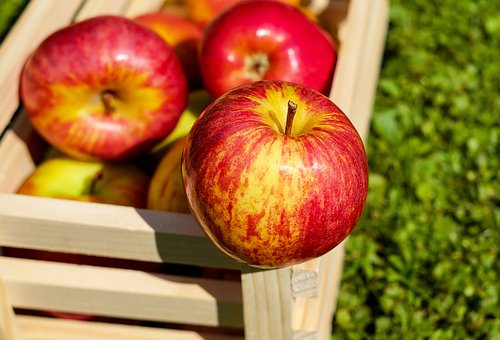 A new study found that women on an 'apple diet' showed improved health, including their harmful cholesterol dropping by almost a quarter in six months, while they also lost weight.

The author described the results as "incredible" and concluded that there was some truth in the saying "An apple a day keeps the doctor away".

Blood samples were taken at the start of the study and at three, six and 12 months. The apple group they experienced a 23 per cent decrease in LDL cholesterol, which is known as the 'bad cholesterol', by 6 months.

They also had lower levels of bio-markers linked to heart disease, such as C-reactive protein, and lipid hydroperoxide levels.

Apples have long been known to be a good source of fiber, but this study adds to evidence that they have additional health benefits which makes them a "miracle fruit".

The author said: "Everyone can benefit from consuming apples."

Previous studies have shown that apple pectin and compounds called polyphenols - also present in substances such as blueberries, tea and dark chocolate - stimulate the breakdown of fats in the blood and reduce inflammation of vessel walls, which both reduce the risk of cardiovascular disease.

This recent research is the first to evaluate the long-term cardioprotective effects of daily consumption of apple in postmenopausal women.

"I never expected apple consumption to reduce bad cholesterol to this extent while increasing HDL cholesterol or good cholesterol by about 4%," the author said.

Yet another advantage is that the extra 240 calories per day consumed from the dried apple did not lead to weight gain in the women; in fact, they lost on average 3.3 lbs.

"Reducing body weight is an added benefit to daily apple intake" he said. Part of the reason for the weight loss could be the fruit's pectin, which is known to have a satiety effect.