Posted by SoundHealth on Thursday, December 25, 2008 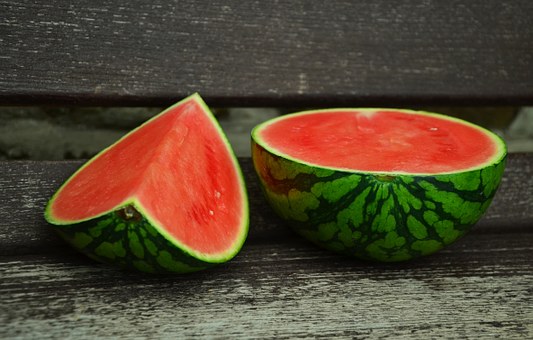 Ibn al-Qayyim detailed the benefits of eating watermelon in his book "The Prophetic medicine." He said eating watermelon cleanses the body and helps to expel stones from the stomach (perhaps referring to kidney or gall stones), and is quicker to digest than cucumber. He also said that it is beneficial for a fever, and if ginger is added to it, it can also be used to treat a chill. He said that to gain the full health effects, it should be eaten in season, before a meal, as it has a cleansing effect upon the stomach and removes ailment from it.

Watermelon is related to the cantaloupe, squash, pumpkin, and other plants that grow on vines on the ground, and is actually a vegetable, not a fruit. It contains 92% water and 8% sugar.

The lycopene (an antioxidant) content of watermelon is similar to that of raw tomatoes. A one-cup serving of watermelon contains roughly the same about of lycopene as two medium-sized tomatoes. Watermelons are also a good source of Beta-carotene. watermelon rind is a natural source of citrulline, an amino acid that promotes nitric oxide production, improving blood flow through the arteries.