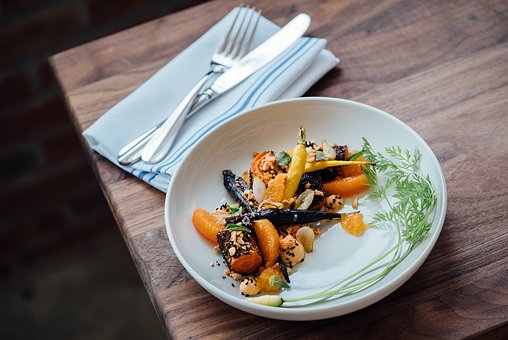 In a previous article the following Prophetic tradition was cited:

And the following comment by the Scholar Ibn Rajab al-Hanbalee:

There are some articles published recently regarding research into cutting food (calorie) intake and a better quality of life, or a longer life, from them.

It should be noted that Muslim scholars such as Ibn al-Qayyim make a point that eating not only be in moderation, but what is consumed must be nutritious quality food. Mere calorie reduction in and of itself which is what the articles below are referring to, is insufficient.

Anyway, here is an excerpt from one of the articles:

Health Checkup: How to Live 100 Years
A century of life was once a rare thing, but that is changing. Science is slowly unraveling the secrets of the centenarians

John Apollos is losing weight the old-fashioned way  by eating less. A whole lot less. As a volunteer in the two-year Comprehensive Assessment of Long-Term Effects of Reducing Intake of energy (CALERIE) study at Tufts University in Boston, Apollos has lowered his daily caloric intake 25% over the past eight months. The fat, not surprisingly, has melted away; the 52-year-old physical trainer has lost more than 25 lb. (11 kg) since the study began and is down to his high school weight. (Special Report: How to Live 100 Years.)

But that's not the real reason Apollos and the other participants in the program are eating only three-quarters of what they used to. The researchers running the multicenter CALERIE study are trying to determine whether restricting food intake can slow the aging process and extend our life span. "I feel better and lighter and healthier," says Apollos. "But if it could help you live longer, that would be pretty amazing."

The idea is counterintuitive: If we eat to live, how can starving ourselves add years to our lives? Yet decades of calorie-restriction studies involving organisms ranging from microscopic yeast to rats have shown just that, extending the life spans of the semistarved as much as 50%. Last July a long-term study led by researchers at the University of Wisconsin nudged the implications of this a bit closer to our species, finding that calorie restriction seemed to extend the lives of humanlike rhesus monkeys as well. The hungry primates fell victim to diabetes, heart and brain disease and cancer much less frequently than their well-fed counterparts did...

"Calorie restriction is pretty much the only thing out there that we know will not just prevent disease but also extend maximal life span," says Dr. Marc Hellerstein, a nutritionist at the University of California, Berkeley, who studies the biological effects of fasting.

Finally, a quick note about the statement "live longer" - how does this reconcile with the divine decree? The answer is that there are ways and means which if a person was to adopt (or abandon) would lengthen or shorten his or her life. Thus living a dangerous life and subjecting oneself to danger will generally shorten one's' life through an early death, just as eating harmful foods or ingesting what is detrimental to health, will shorten one's life. Likewise, there are means which will prolong a person's life, and some of them have been mentioned in the Sunnah, such as righteousness and maintaining family ties. There is no clash in all of this with a person's life and death being appointed, because a person's actual death will not be delayed or hastened, but within the divine decree is the various ways and means adopted by a person and the resultant effect they have in increasing and prolonging (or shortening) the persons' lifespan such that the person will die at the appointed time.