Posted by SoundHealth on Friday, September 04, 2009 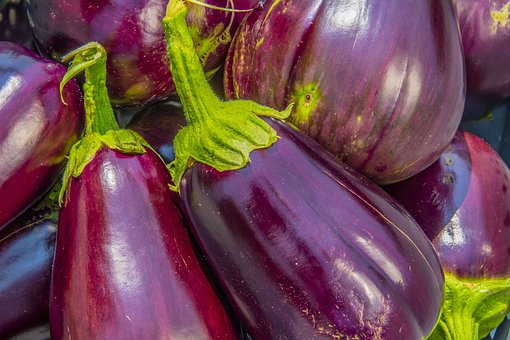 Advertisement. Report if inappropriate.
The aubergine, or eggplant as it is also known as, contains powerful and protective qualities for health. Its phytonutrients help to remove harmful free radicals from the body, which damage cells and cause disease. They also contain antibacterial and antiviral properties.

The eggplant belongs to the nightshade family of vegetables, which also includes tomatoes, sweet peppers and potatoes. They hang from vines on a plant very much like tomatoes, and come in several different shapes, sizes and varieties. One of the most popular varieties of eggplant has a glossy and deep purple skin, with cream-colored flesh that has a slightly bitter and spongy texture.

Eggplant is high in potassium, copper, folate, magnesium and fiber. It contains flavonoids and phenols such as caffeic acid and chlorogenic acid, which as associated with fighting cancer, viruses, and harmful bacteria, and protecting against damage to cells.

A Japanese study found nasunin, an anthocyanin unique to eggplant peels, had antioxidant and anti-angiogenic properties. Angiogenesis is the growth of new blood vessels in the body, and is an important natural process in the body used for healing and reproduction. Abnormal blood vessel growth, either excessive or insufficient, is now recognized as a common factor underlying many deadly and debilitating conditions, including cancer, skin diseases, age-related blindness, diabetic ulcers, cardiovascular disease, stroke, and many others.

A cell study found that eggplant triggered enzymes that detoxify and remove drugs and other harmful chemical substances in the human body.