Posted by SoundHealth on Tuesday, October 20, 2009 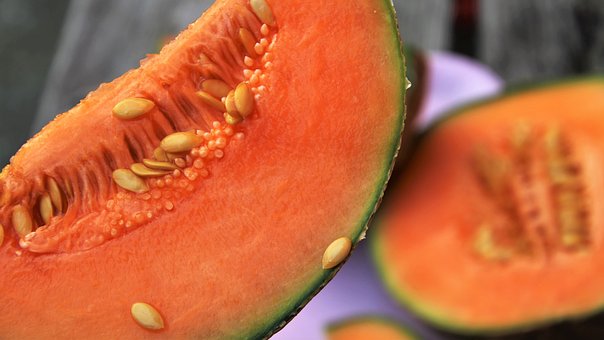 Scientists have discovered that a natural substance derived from melons is effective at combating stress. The key ingredient is an enzyme called superoxide dismutase, thought to have beneficial antioxidant properties which prevents damage to the body's tissues.

In the double-blind, randomized, placebo-controlled trial, scientists found that a dietary supplement from melon juice concentrate decreased the signs and symptoms of perceived stress and fatigue in healthy volunteers. [1]

The researchers also found a strong placebo effect in the 35 volunteers who received the dummy capsules, which were filled with inactive starch. However, this effect only lasted for the first seven days of the study.

In contrast, the positive effects on perceived stress and fatigue reported in the group of 35 who took the enzyme capsules were much greater - and much longer lasting.

Taking the enzyme appeared to boost concentration, cut feelings of weariness and irritability and improve problems with sleeping.

The researchers said the placebo effect might have been relatively high because the people who took part in the study had everyday levels of fatigue and stress which were not out of the ordinary.

They suggest the results might have been more pronounced if people with higher levels of fatigue and stress had taken part.

It is thought that the enzyme may help to minimize the damage caused by a chemical process known as oxidative stress, which releases harmful atoms called free radicals into the body's tissues.

Another study published earlier this year found further evidence of the stress-relieving properties of melons.[2] This research from Japan found that a supplement derived from melons was useful at preventing stress-induced brain impairment in animals. They also found that a superoxide dismutase extract - the same antioxidant from the previous study - promoted antioxidant defences in the brain and reduced the effects of stress on memory.

Melons are a deliciously sweet and refreshing fruit that are excellent sources of Vitamin A (Beta-carotene) and Vitamin C, as well as potassium and the B-vitamins. These nutrients are not only stress-busting, but also have powerful disease-fighting and health-protective properties. All types of melon also have a high water content and some fiber, making them useful for detoxifying the body.