Rosemary Is a Powerful Brain and Nerve Tonic

Posted by SoundHealth on Wednesday, August 04, 2010 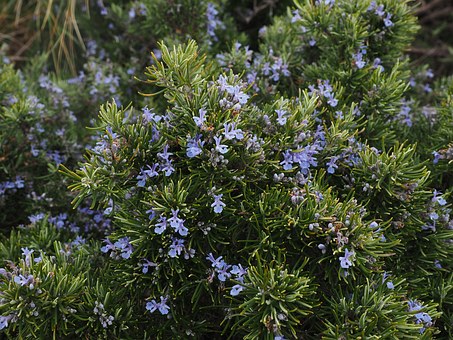 Rosemary is a wonderfully fragrant and intensely-flavored herb which has a range of health-enhancing properties, making it an essential herb to have in the kitchen. It is a powerful detoxifier, and has a calming effect on the nervous system, boosting mood and relieving stress, as well as helping to improve memory.

Rosemary (Rosmarinus officinalis) is an aromatic herb that has long needle-like evergreen leaves and belongs to the mint family. The essential oils contained in rosemary are what provide many of its medicinal benefits.

Traditionally, rosemary is known for its ability to improve memory. A compound found in rosemary called rosmarinic acid improves blood circulation, increasing the flow of oxygen-rich blood to the brain. This aids concentration, alertness and promotes relaxation. Research found that people performed better in memory tests and were more alert when they worked in a room smelling of rosemary.

Rosemary is known for its circulation-boosting abilities. It contains flavonoids, important for strengthening blood capillaries. It is also an effective tonic for the heart and digestive system, and is rich in bioactive oils that have an antimicrobial effect, making it useful in fighting colds. Rosemary contains minerals which help to fortify the immune system, such as iron, and its high levels of saponins have detoxifying abilities.

Rosemary is also thought to stimulate the adrenal glands to provide energy while boosting mood and relieving stress.

A compound in rosemary, carnosic acid, has been found to simulate nerve growth, meaning that rosemary helps build and repair the nervous system, strengthening it to cope better with stresses.

Studies have identified a number of polyphenolic compounds in rosemary that have antioxidant activity, and inhibit oxidation and bacterial growth such as E. coli.

Rosemary oil was found to be highly effective against E.coli bacteria and is linked to preventing the formation of certain types of bacterial growth in foods.

A study found that mice who were pretreated with an extract of rosemary prior to being exposed to diesel exhaust fumes has significantly less lung inflammation than those mice who were not pretreated.