You are here: Home Mind 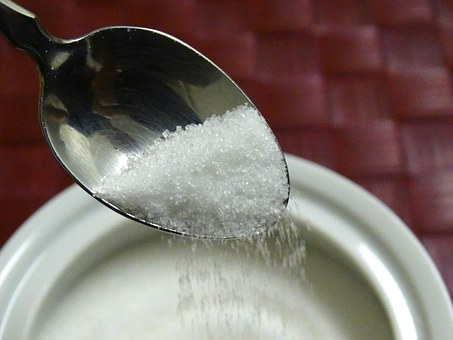 One of the most common neurotoxins found in food is monosodium glutamate (MSG). This is a form of glutamic acid that occurs naturally in food and is also made by the body by breaking down another amino acid, glutamine.

MSG (E621) is often used as a flavor enhancer in a wide variety of savory foods like crisps, sauces, salad dressings, fast foods, instant meals like noodles and soups, and stock cubes. It is sometimes labeled as yeast extract, autolyzed yeast or hydrolyzed protein.

Yet research has proposed that too much MSG can cause excessive brain excitation which can lead to cell death. It has also been linked to playing a part in neurodegenerative diseases such as Alzheimer's, Parkinson's and Huntington's. Other studies show that an excess of MSG can cause reactions such as: difficulty in concentration, extreme mood swings and depression.

Aspartame, or aspartic acid, is the name for commercial artificial sweeteners such as NutraSweet, Equal, Spoonful and others. Nearly all diet sodas also contain aspartame. This excitotoxin appears to cause slow, silent damage to health that accumulates over the years, through long-term use.

Aspartic acid is an amino acid. However, when it is ingested in its free form (unbound to proteins), like it is in soft drinks and sweeteners, it takes the amino acids out of their natural form, which causes problems and adverse reactions. Aspartame significantly raises the blood plasma level of aspartate and glutamate, leading to a high level of those neurotransmitters in certain areas of the brain.

Dr Russell Blaylock, a neurosurgeon and author of "Excitotoxins: The Taste That Kills", says: "we also know liquid forms of excitotoxins are significantly more toxic because of rapid absorption and higher blood levels."

Both aspartate and glutamate act as neurotransmitters in the brain by aiding the transmission of information from neuron to neuron. Too much aspartate or glutamate in the brain kills certain neurons by allowing the influx of too much calcium into the cells. This influx triggers excessive amounts of free radicals, which kill the cells. The damage that can be caused by excessive aspartate and glutamate is why they are referred to as "excitotoxins." They "excite" or stimulate the neural cells to death.

The excess glutamate and aspartate slowly begin to destroy neurons. The large majority of neural cells in a particular area of the brain are killed before any clinical symptoms of a chronic illness are even noticed. A few of the many chronic illnesses and short-term effects thought to be contributed to by exposure to these excitotoxins include:

So it makes sense to stay away from foods and drinks that contain these anti-nutrients. They are sometimes hidden in foods under the terms spices, natural flavors or artificial flavors and aspartame is commonly found in diet or sugar-free drinks.