Parsley Is Antioxidant-Rich and Cancer-Protective 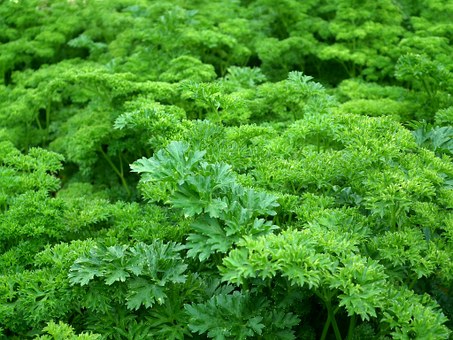 Parsley is much more than a decorative garnish on the plate. This vibrantly green and flavorful herb contains a wealth of nutrients that make it a healthful and healing food.

Parsley belongs to the Umbelliferae family that includes celery and carrots. The two most popular varieties of this herb are the curly leaf and broad-leaved or flat leaf varieties. Flat leaf parsley is stronger in flavor than the curly leaf variety because it contains much higher levels of essential oils.

Parsley is a source of Vitamin A and C, iodine, iron and many other minerals. It has potent phytoestrogenic activity, equal to that found in soybeans, suggesting possible cancer-preventative properties. There are also many volatile oils and flavonoid phytochemicals present in parsley, all having cancer-protective attributes.

Parsley is commonly used as a natural breath freshener, due to its high concentration of chlorophyll, and parsley tea is often used as a diuretic and to treat urinary tract infection.

Parsley is one of the medicinal herbs used by diabetics in Turkey. In a study testing parsley benefits with diabetic rats, researchers found that the rat subjects who were given parsley experienced lowered blood glucose while their GSH (a cell protector) levels increased. Parsley extract was also found to have a protective effect comparable to the diabetic medication, glibornuride, against liver toxicity caused by diabetes.

Myristicin, a phytochemical that has been isolated in parsley, is an effective inhibitor of tumors in mice.

The flavonoids in parsley - especially luteolin - have been shown to function as antioxidants that combine with highly reactive oxygen-containing molecules (called oxygen radicals) to help prevent oxygen-based damage to cells. In addition, extracts from parsley have been used in animal studies to help increase the antioxidant capacity of the blood.

Add fresh and dried parsley to soups and sauces, vegetable and grain dishes, meat and fish, or use in salads. Add it at the end of the cooking process for best taste and nutritional value.