The Immunity-Boosting Power of Oranges 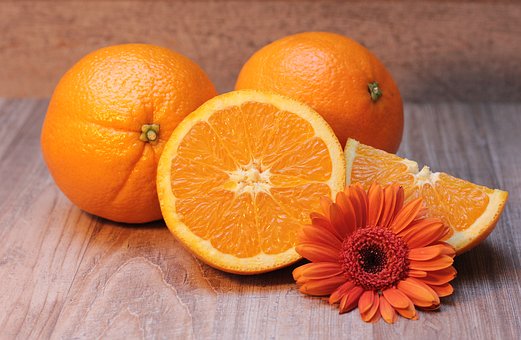 Juicy and sweet, oranges are bursting with immunity-boosting vitamins, and although they are best know for their Vitamin C content, they also contain many other disease-fighting compounds.

Oranges are round citrus fruits that fall into two categories: sweet oranges, these are the ones most commonly consumed, and sour oranges, which are often used to make preserves with.

Oranges are a great source of potassium, a mineral that's important for heart health, and an excellent source of Vitamin C. Vitamin C is crucial for strong immunity, helping to fight off infections, produce disease-fighting cells, battle bacteria and strengthen the body's defences. Oranges are also a good source of the B vitamin folate, which helps protect against heart disease and birth disorders. Phytochemically speaking, oranges are a rich source of flavanones, a specialty group of the flavonoid family of antioxidants which offer cell protection against a host of diseases.

Fibers found in the white layer of an orange curb appetite and suppress hungers levels for up to four hours after eating. Studies show that people who eat fruit such as oranges tend to eat less at subsequent meals compared to people who eat snacks such as chips, desserts or candy.

Patients awaiting dental procedures who were exposed to the odor of orange had reduced anxiety and improved mood compared to the control group.

Researchers found that orange juice, more than any other citrus juice, boosted levels of citrate in the urine, necessary to stop kidney stones from forming.

Several studies found that compounds in citrus fruits, including oranges, called limonoids have been shown to help fight cancers of the mouth, skin, lung, breast, stomach and colon. Scientists found that our bodies can readily absorb and utilize a very long-acting limonoid called limonin that is present is citrus fruits in about the same amount as Vitamin C. Limonin's bioavailability and persistence may help explain why citrus limonoids are potent anti-carcinogens that may continuously prevent cancerous cells from proliferating. Other natural anti-carcinogens are available for much less time; for example, the phenols in green tea and chocolate remain active in the body for just 4 to 6 hours.

Consuming Vitamin C supplements does not provide the same protective benefits as drinking a glass of orange juice, as shown by research at the University of Milan. They noted that "It appears that Vitamin C is not the only chemical responsible for antioxidant protection." In oranges, Vitamin C is part of a matrix involving many beneficial phytochemicals that work together to provide protection benefits.

An increasing number of studies have also shown a greater absorption of the nutrients in citrus when taken not as singly as supplements, but when consumed within the fruit in which they naturally appear along with all the other biologically active phytonutrients that citrus fruits contain.