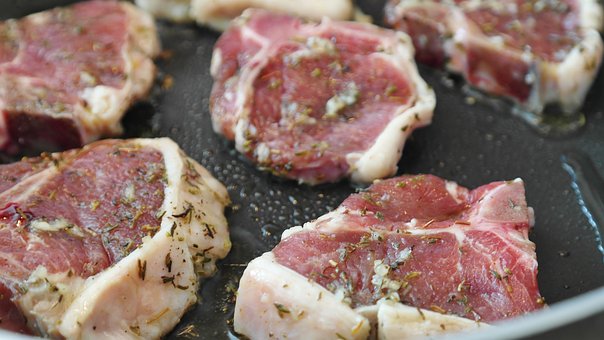 Advertisement. Report if inappropriate.
Meat cooked at high temperatures to the point of burning and charring may increase the risk of pancreatic cancer, according to data presented at the American Association for cancer Research 100th Annual Meeting 2009.

Charred meat contains several known cancer-causing chemicals, and many previous studies have linked these compounds with cancer risk, but this finding is one of the strongest yet linking very well-done meat, especially red meat, to cancer.

Kristin Anderson, the study author said in a statement,

"Our findings in this study are further evidence that turning down the heat when grilling, frying, and barbecuing to avoid excess burning or charring of the meat may be a sensible way for some people to lower their risk for getting pancreatic cancer."

"We found that those who preferred very well-done steak were almost 60 percent more likely to get pancreatic cancer as those who ate steak less well-done or did not eat steak," Anderson said.

"Those with the highest intake of very well-done meat had a 70 percent higher risk for pancreatic cancer over those with the lowest consumption."

Some of the carcinogenic substances formed when meat is burnt include polycyclic aromatic hydrocarbons (PAHs) and heterocyclic amines (HAs). PAHs and HAs are formed when food is cooked at high temperatures (over 150°C), for example, by grilling, barbecuing or pan-frying. HAs only form in meat, poultry and fish, but PAHs may also be formed in other foods.

It is thought that these substances form by interacting with DNA in the body. Chemicals that act in this way are called genotoxins. Recent studies have associated these chemicals and cooked meat with the development of specific types of cancer. One study conducted by researchers from NCI's Division of cancer Epidemiology and Genetics found a link between individuals with stomach cancer and the consumption of cooked meats. Additional studies have shown that an increased risk of developing colorectal, pancreatic, and breast cancer is associated with high intakes of well-done, fried, or barbequed meats.

To reduce your exposure to these harmful chemicals, try to limit your intake of burnt and overcooked meat, or remove the burnt sections from the food. When cooking meat, to stop these genotoxins from being formed, don't let flames touch food when you're barbecuing or grilling, and cook the meat at lower temperatures for a longer time.

Although overcooking meat may produce harmful chemicals, it's very important to make sure you don't undercook meat, especially chicken. Otherwise, any bacteria in the meat could survive and cause food poisoning. Make sure the meat is steaming hot all the way through with no pink meat left, and any juices should run clear.