Posted by HealthyMuslim on Friday, September 26, 2008 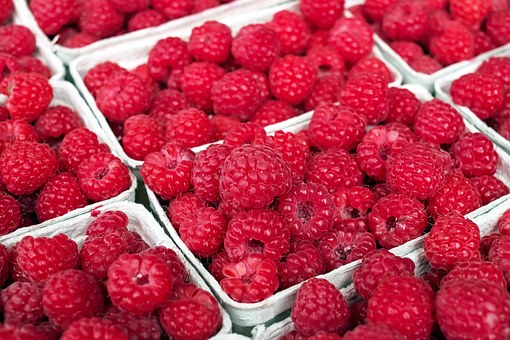 The three top antioxidant fruits are strawberries, raspberries and blueberries. These fruits are high in antioxidants, zinc, folic acid and also help to support the liver. Here's a news item showing anti-cancer properties of these fruits.

"Until now, foods have not been considered good treatments for chronic illness, especially tackling tumors," Greg Jardine, a biochemist at Dr. Red Nutraceuticals in Australia, said at a teleconference Thursday. In fact, "foods can be medicine," added Jardine, co-author of a manufacturer-funded study of a "punch" that appeared to reduce the growth of prostate cancer in mice.

In addition to Jardine's study, two others -- one with people and one with rats -- suggest that a black raspberry gel can reduce oral cancer lesions and green tea can prevent colorectal cancer.

The studies, which are all small and need further confirmation, were presented at the American Association for cancer Research's Sixth Annual International Conference on Frontiers in cancer Prevention Research, which runs through Dec. 8 in Philadelphia.

Researchers at Ohio State University and the University of Kentucky are using a gel made of extracts from black raspberries to treat oral lesions, which often begin as growths inside the mouth and threaten to turn into major tumors.

"About 36 percent will progress to oral squamous cell carcinoma, but, at this point, we don't have the molecular tools to determine which ones will go on to malignancy," said Dr. Susan Mallery, a professor in the Department of Oral Maxillofacial Surgery and Pathology at Ohio State University's College of Dentistry.

About 7,500 people in the United States die each year of oral cancer, according to American cancer Society statistics, and 34,000 new cases are diagnosed annually.

Patients whose tumors had progressed the least seemed to do the best after undergoing the gel treatment, Mallery said. None of the patients reported side effects.

Why does the gel appear to work? According to Mallery, the active agents appear to be "those chemicals that give it a very rich purple color." The study authors suspect that the chemicals may help "re-educate" tumor cells, reversing their march toward cancer.

In another study, Australian researchers -- funded by Dr. Red Nutraceuticals, the maker of an antioxidant-boosted beverage called "Blueberry Punch" -- gave the drink to mice with tumors that were considered equivalent to prostate cancer in humans.

The tumors were 25 percent smaller in eight mice that drank the punch for two weeks, compared to eight mice that did not drink the punch. Jardine said the next step is to figure out if the punch would have a beneficial effect in men. The punch, designed to be a health aid, is sold in Australia and in New Zealand, and is made of fruit concentrates and a variety of extracts, as well as tarragon, turmeric and ginger, he said.

In the third study, researchers from Rutgers University in New Jersey fed chemicals known as polyphenols from green tea to rats that had colorectal cancer. The polyphenols appeared to reduce the size of tumors by 45 percent, the study authors said.

It's not clear if the polyphenols would have a similar benefit in humans, and the equivalent amount of tea consumption in people would be hefty -- four to six cups a day, the researchers said.