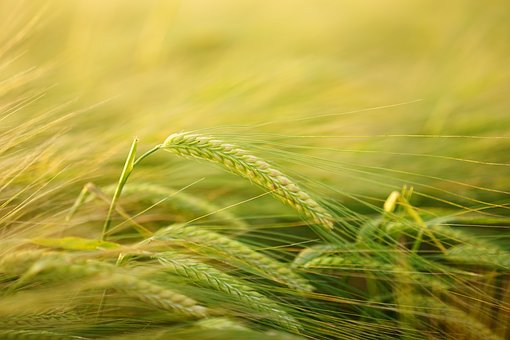 Ibn al-Qayyim mentioned in his Prophetic Medicine about the health benefits of the barley grain. He said that a broth of boiled barley in water was beneficial for a cough and sore throat, as well as cleansing the stomach and quenching thirst.

He gave the following recipe for this broth:

"Take a quantity of good, crushed barley, and five parts of pure water, put it all in a clean pot, cook it over a moderate fire until two fifths of it remain; then it is strained, and as much as is needed may be used with sweetener added."

He also described how a broth made from ground barley (talbina) had many healing properties, describing it as nutritious and filling, warming and soothing for the stomach, helping help to regain health and effective in maintaining bowel regularity.

Barley is a member of the grass family called Poaceae. There are many varieties of barley grown throughout the world and only a small amount is used for human consumption; it is one of the main grains fed to livestock. Barley kernels must first be polished or "pearled" to remove the inedible hull.

Barley is a good source of insoluble and soluble fiber. The soluble fiber portion contains the richest source of beta-glucans compared to any other grain; these can lower cholesterol and aid immune function. Barley also contains B vitamins, iron, magnesium, zinc, phosphorus, copper, and is one of the richest sources of chromium, which is important in maintaining blood glucose levels. Barley is also rich in antioxidants and contains a high concentration of tocols and tocotrienols, oils that help reduce the risk of cancer and heart disease.