The Health-Protective Benefits of Cauliflower 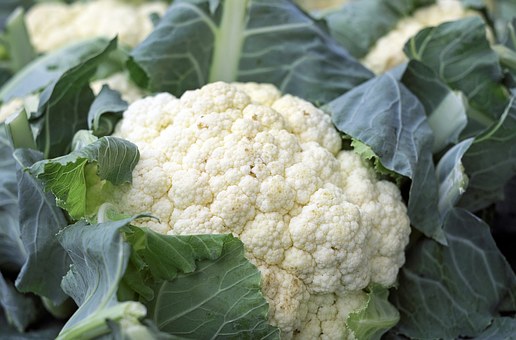 The cauliflower has many health-promoting attributes. It provides powerful backup for the liver in cleansing the body and removing toxins that cause cell damage, leading to cancer and other diseases. It also contains phytochemicals that help to strengthen the immune system and reduce inflammatory conditions.

Cauliflower is a member of the Brassicaceae family that includes Brussels sprouts, cabbage and broccoli. It is a crucifer: a sulfur-containing vegetable that forms a compact head referred to as a "curd". There are three main varieties of cauliflower: white cauliflower, which is the most commonly consumed type, broccoflower (a mix between cauliflower and broccoli), and romanesco, which grows a yellow-green color.

Cauliflower is an excellent source of fiber, as well as Vitamin C and zinc, both crucial for strengthening the immune system, as well as a good source of the B vitamins biotin and folate. Cauliflower contains a phytochemical called sulforaphane, which helps the liver produce enzymes that block cancer-causing chemicals from damaging the body.

Biotin, a water-soluble vitamin found in cauliflower, has been shown to control dandruff. Biotin also helps thicken nails and reduce splitting and cracking.

In a study published in the British Journal of Cancer, researchers reported on the cancer-fighting properties of indole-3-carinol (I3C). This study showed that what we eat can influence cancer genes. Several other studies support this direction for further investigation into breast cancer. Researchers have seen that the chemical sulforaphane, found in cruciferous vegetables like cauliflower, stopped lung cancer cells in an animal trial, and helped kill off and stop the growth of prostate cancer cells in a test tube study on human cells.

Researchers who followed a group of older women for over ten years found that those who consumed more cruciferous vegetables had a decreased risk of rheumatoid arthritis.