Pomegranate Juice 'Could Slow the Spread of Cancer'

Posted by SoundHealth on Wednesday, December 29, 2010 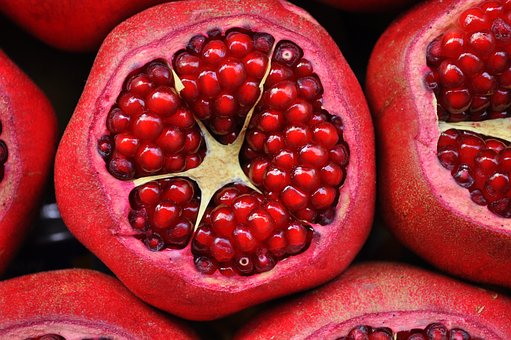 Pomegranate juice is associated with slowing the spread of cancer, research suggests.

Scientists have found components in the juice which stop the movement of prostate cancer cells, and weaken their attraction to chemical signals which cause them to spread.

They found that particular ingredients in the juice - such as fatty acids - slowed the spread of the disease from prostate cancer to the bone.

Prostate cancer is the most common form of cancer in men, and most cases develop in men aged 65 or older. It is a challenging cancer to treat because, unlike many other cancers, prostate cancer usually progresses very slowly. It can take up to 15 years for the cancer to spread from the prostate to other parts of the body (metastasis), typically the bones. Once it has spread to the bones, it cannot be cured, and treatment is focused on prolonging life and relieving symptoms.

The team hope that the fruit will have a similar effect on other cancers.

They found that the pomegranate juice-treated tumor cells that had not died with the treatment showed increased cell adhesion (meaning fewer cells breaking away) and decreased cell migration.

Next, the researchers identified the following active groups of ingredients in pomegranate juice that had a molecular impact on cell adhesion and migration in metastatic prostate cancer cells: phenylpropanoids, hydrobenzoic acids, flavones and conjugated fatty acids.

"Having identified them, we can now modify cancer-inhibiting components in pomegranate juice to improve their functions and make them more effective in preventing prostate cancer metastasis, leading to more effective drug therapies," One of the researchers said.

They explained that an important protein produced in the bone marrow causes the cancer cells to move to the bone where they can then form new tumors.

"We show that pomegranate juice markedly inhibits the function of this protein, and thus this juice has the potential of preventing metastasis of the prostate cancer cells to the bone."

The research was presented on Dec. 12, 2010 at the 50th annual meeting of the American Society for Cell Biology in Philadelphia.

The pomegranate is a wonderful all-round health protector. The noble scholar Ibn al-Qayyim said in his Prophetic medicine that the pomegranate provides "slight but excellent nourishment," and has benefits for the stomach, throat, chest and lungs. pomegranate juice contains three times the amount of polyphenols than are found in green tea. Pomegranates are also rich in vitamins B and C, and many other antioxidants that make it a powerful superfood.