The Dangers of Caffeine

Posted by SoundHealth on Wednesday, December 03, 2008 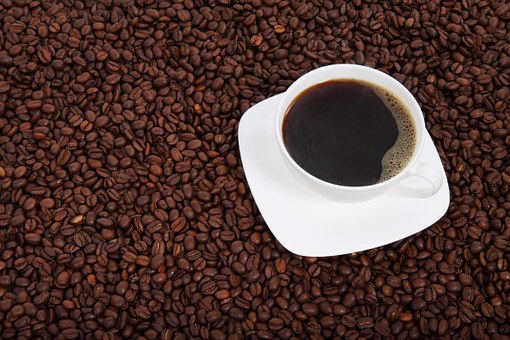 Caffeine has been in the headlines recently, linking excessive consumption of caffeine products to low-birth weight and miscarriage in pregnant women. These women have been advised to reduce their intake of caffeine during pregnancy, but we can all benefit from reducing or eliminating altogether our intake of this toxin from our diet.

Caffeine is a naturally-occurring substance that is found in plants, where it acts as a natural pesticide killing off insects that try to eat the plant. Extracts from the bean of the coffee plant as well as synthetically produced caffeine are used to make drinks like coffee, tea and cola.

Caffeine acts as a stimulant on the central nervous system in a similar way to alcohol and nicotine, quickly crossing the bloodstream/brain barrier and inhibiting the adenosine receptors in the brain. This causes an increase in neural activity and a rapid rise in blood glucose levels, providing the body with a quick energy boost, followed by a sharp drop. This leaves the body craving more caffeine and over time this constant over-stimulation can cause rapid fluctuations in your blood sugar levels. Low blood sugar levels cause the hormone adrenalin to be released in to the body, and the 'fight or flight' effect of this hormone causes among other symptoms, the heart to speed up and the arteries to tighten, raising blood pressure and blood clotting ability, leading to heart disease. So it is very important to balance blood sugar levels in the body by avoiding caffeine and refined sugar.

After consumption, caffeine is absorbed by the stomach and intestines in under an hour, and distributed throughout the body's tissues. It can have a diuretic effect; excreting from the body in about three hours after consumption, and is believed could pass essential vitamins and minerals from the body too quickly without allowing them to be used.

The body can develop a tolerance to the effects of caffeine very quickly, due to the continual presence of the drug in the central nervous system. This can also cause the body to because more sensitive to the presence of the stimulant, so the body suffers withdrawal symptoms when caffeine intake is reduced. These symptoms can vary from depression, headache, anxiety, irritability and nausea.

Reports suggest that caffeine can decrease fertility in men and women and one study reveals that drinking as little as one cup of coffee a day can halve you chances of conception (Source: "Caffeinated beverages and decreased fertility." A Wilcox, C Weinberg, D Baird, Lancet 1988 Vol 2).

In November 2008, the UK Food Standards Agency issued a warning that pregnant women should lower their intake of caffeine to 200mg a day- this equates to 2 cups of coffee a day. This is because research shows that a high caffeine intake during pregnancy could result in a baby having a lower birth weight than it should, causing health problems for it later on in life. There is also some evidence which suggests that high levels of caffeine can result in spontaneous miscarriage. For the full report, go to: http://www.food.gov.uk/news/newsarchive/2008/nov/caffeinenov08

Furthermore, in addition to caffeine, tea contains a substance called tannin. Tannin prevents the absorption of important vitamins and minerals as it binds to them in the digestive tract. This results in vital nutrients being unabsorbed by the body and excreted instead. Therefore tea should definitely be avoided at mealtimes to maximise absorption of nutrients from the meal.

So how much caffeine is in your diet?

Now that you know some of the adverse effects that caffeine has on the body, you may wish to reconsider just how much caffeine you take in on a daily basis.
Link to this article:   Show: HTML Link • Full Link • Short Link
Related Articles:
Add a Comment
You must be registered and logged in to comment.