Posted by HealthyMuslim on Wednesday, October 05, 2011 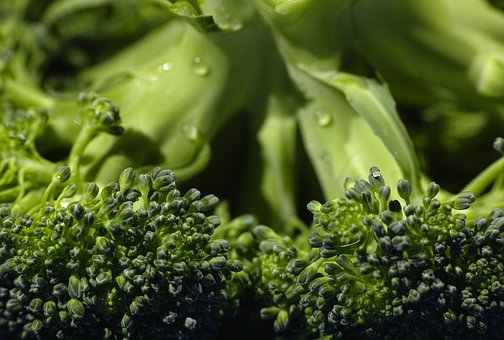 An article published in the Guardian:

A heart disease and cancer-fighting "superbroccoli" developed by British scientists goes on sale in the UK today.

The vegetable looks the same as normal broccoli but contains boosted levels of glucoraphanin, which may protect the body against heart disease and some types of cancer.

The new broccoli, called Beneforte, contains two to three times more glucoraphanin than standard broccoli. It will be sold at Marks & Spencer stores from and make an appearance on the shelves of other supermarkets next year.

Beneforte was developed by British scientists using conventional breeding techniques rather than genetic engineering. Work on the project began after a wild broccoli variety was discovered in 1983 with naturally raised levels of glucoraphanin.

The nutrient is converted in the gut into the bioactive compound sulphoraphane, which circulates in the bloodstream.

Broccoli is believed to protect against some cancers, especially bowel and prostate. Studies have shown that men with broccoli-rich diets have a reduced risk of aggressive prostate cancer.

Other research suggests broccoli can help prevent heart attacks and strokes by reducing inflammation and keeping blood flowing freely through arteries.Beneforte broccoli was developed at the Institute of Food Research (IFR) and John Innes Centre, both based in Norwich.

Professor Richard Mithen, from the IFR, said: "Our research has given new insights into the role of broccoli and other similar vegetables in promoting health, and has shown how this understanding can lead to the development of potentially more nutritious varieties of our familiar vegetables.

"Now there will also be something brand new for consumers to eat as a result of the discoveries we have made."

The science minister, David Willetts, praised the "fantastic achievement" of the scientists.

He added: "This excellent work has led to the development of a highly commercial food product that will be both grown and sold in the UK, giving a real boost to agriculture, our personal health and the economy."