Pears Are Easily Digestible and Hypoallergenic 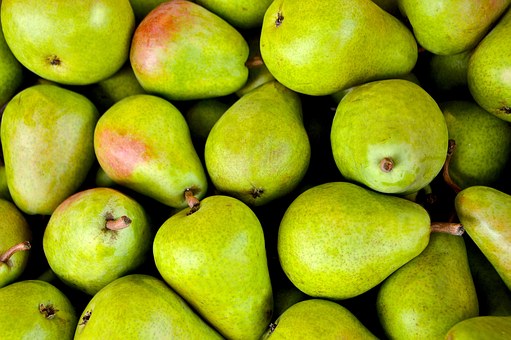 Advertisement. Report if inappropriate.
Juicy and sweet, pears are a nutrient-rich and fiber-packed food with strong antioxidant activity that helps to fight damaged cells in the body, and have numerous other benefits for health.

Pears are part of the rose family, and are related to the apple and quince. There are thousands of varieties of pears with each differing in size, shape, color and taste, but only three species of pear trees bear the fruit we typically consume.

One medium-sized pear contains as much Vitamin C and potassium as one half cup of orange juice. An average pear contains about four grams of fiber, much of what is made up of soluble pectins and lignans. It is also packed with powerful phytochemical antioxidants. Pears are easily digestible, contain no fat, virtually no sodium and the fruit sugar is converted easily into energy.

Cough Relief - A study conducted in Singapore found an association between increased dietary fiber from fruit and reduced risk of certain types of lung disease. There was an inverse relationship between cough with phlegm and fruits particularly high in flavonoids, such as quercetin and catechins found in pears.

weight loss - A study found that diets high in fruits, such as pears and apples, helped women between the ages of 30 and 50 to lose weight. After 12 weeks, those women who ate pears and apples lost on average over three pounds. This study also found a significant decrease in overall blood glucose in the women who consumed the two fruits.

Antioxidant Effect - Pears are a good source of the antioxidant nutrients Vitamin C and copper. These help protect cells in the body from oxygen-related damage due to free radicals- atoms that are missing a vital molecule which leads them to attack and in turn damage other cells to require their missing molecule. One study found that pear juice had potent free radical scavenging activity.