Posted by SoundHealth on Wednesday, December 29, 2010 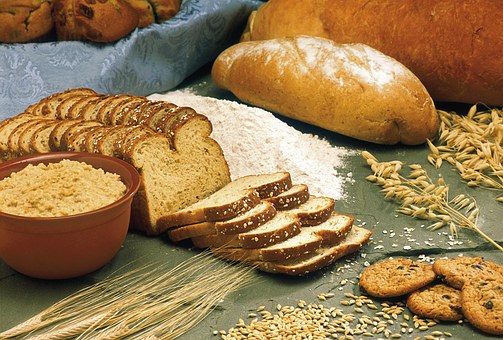 Eating whole grain foods can significantly reduce blood pressure and have been found to be as effective as drugs at reducing the risk of stroke, according to research by Aberdeen University.

The team found that eating foods such as whole-grain bread, cereal, rice and oats were associated with major health benefits.

Researchers asked 200 people to eat a diet with three portions of whole grains per day or none.

The whole grain diets were compared with one that contained the same amounts of refined cereals and white bread. It was found that the diet rich in whole grains reduced blood pressure.

The lead researcher of the study said: "We observed a decrease in systolic blood pressure in the volunteers who ate the whole-grain foods, and this effect is similar to that you might expect to get from using blood pressure-lowering drugs.

"This drop in systolic blood pressure could potentially decrease the incidence of heart attack and stroke disease by at least 15 and 25 per cent respectively."

A portion is counted as around 13 to 16g of whole grains, the equivalent of around half a cup of oats or brown rice or a slice of whole-grain bread.

The abstract of the research paper concluded:

Daily consumption of 3 portions of whole-grain foods can significantly reduce cardiovascular disease risk in middle-aged people mainly through blood pressure-lowering mechanisms. The observed decrease in systolic blood pressure could decrease the incidence of coronary artery disease and stroke by 15% and 25%, respectively.

Whole grains contain all the essential parts and naturally-occurring nutrients of the entire grain seed, in contrast to refined grains, like white flour, in which most of these have been removed by processing. Without the bran and germ, about 25% of a grain's protein is lost, along with at least seventeen key nutrients.

Whole grains are high in fiber, low in calories and are a source of complex carbohydrates, protein and a small amount of fat.

Previous studies have found that eating whole grains instead of refined grains protects against many chronic diseases including cancer, cardiovascular disease, diabetes and obesity.