Ibn al-Qayyim: Leeks Are Beneficial for the Excretory System

Posted by SoundHealth on Tuesday, September 22, 2009 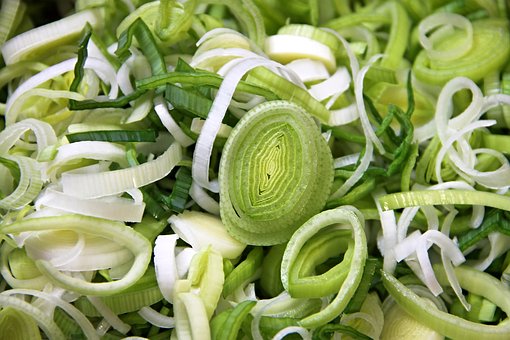 The scholar Ibn al-Qayyim in his Prophetic medicine mentioned some of the health benefits of leeks. He said that when leeks were cooked and eaten, or their juice drank, they were beneficial for hemorrhoids. He also said that leeks had a certain quality as diuretic (promotes the formation of urine), and emmenagogue (helps to stimulate menstrual flow).

Leeks are a member of the all-powerful Allium family, which includes onion, garlic and chives, and therefore share many of the health benefits of these vegetables. Leeks have a milder, sweeter taste than onions, and are not as rich in the anti-carcinogenic chemicals, but are important in the detoxification process. Eaten regularly, they are associated with helping to reduce blood pressure to healthy levels, and reducing the risk of strokes. They help to keep the arteries clear and supple by preventing a build-up of plaque. They have also been found to combat prostate and colon cancer, both reducing the risk and slowing the growth of tumors.

Leeks are also antibacterial, and, as such, and contribute to the protection against stomach cancer, destroying some of the bacteria in the gut that change harmless nitrates into cancer-causing nitrites.

Although leeks contain less of the protective compounds than onions or garlic, their milder taste allows them to be eaten in larger amounts.