Posted by HealthyMuslim on Thursday, October 15, 2009 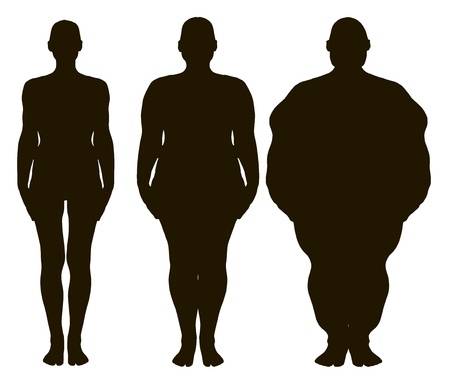 We are pleased to present a case study sent to us by one of our readers who has documented how he lost 13kg (29lb) in a period of nine weeks. This is from a male, past his mid-30s:

Following is a detailed account of what i did to lose 13kg in 9 weeks:

1. I would start the morning with a glass of juice or some fruit.

2. Breakfast consisted of Weetabix with Stevia sugar, maximum 1 and half biscuits but normally 1 and a quarter. I almost cut out sugar completely from my diet with a few exceptions where it was contained in some prepared foods. Normal milk was used (not fat-reduced).

3. I increased my fruit and vegetable intake in general. I would eat at least 5 pieces of fruit or vegetables during the period 9am until 1pm everyday except Fridays. The fruits, vegetables would normally consist of 2 small size cucumbers, 1 carrot, small nectarine or peach and apple or banana.

4. My afternoon lunch for most part was a brown wholemeal bread with chicken (from Subway). Normally I would eat the 6 inch sandwich however, but on some odd occasions, I confess to having the large, 12 inch sandwich.

5. After work I would go home and do some walking on the machine for about 45min to 1 hour. I would do this minimum 5 days a week for the first month at a pace of 5km and the last 30 seconds of 5 minutes I would do some sprinting at about 9-10 km/hr up to 12km/hr - which was the max I could get from a running machine! Then it got a bit boring so I replaced it with doing dumb-bells and some routine exercises each evening:

Dumb bells (weight less than 10 kg on each arm)

I would normally do a combination of the above for at least 30 mins. I would finish off with doing some routine exercise for about 15 mins:

I would do the above routine about 3 times daily separated by about 2mins break in between on the evening.

The two weeks before the last, I combined the walking with the dumb-bells exercise.

6. My evening meal was always very light and I made sure that I would not eat late. I would indulge in some more fruit and occasionally have a small (kebab) roll.

7. On odd occasions I would have some junk like pizza, al-Baik chicken etc. You normally feel very guilty after it and feel like you have to burn it off so beware, if you sneak this stuff in at night time, you may end up doing exercises at midnight, out of the guilt.

8. Initially in the first 3 weeks i didnt feel that i burned much, however after this period i noticed that my weight starting dropping significantly so it seems you have to work hard for first 3-4 weeks and will not see much results so have patience. Once you start seeing results after that it actually motivates you and you feel like exercising more and more.

There were occasions when i went to the supermarket and I would slip in a snicker bar but alhamdulillah at the checkout I took it out of the basket. Someone like me who was used to having a bar of chocolate after a big lunch almost everyday it was challenging to resist the temptation of eating a snicker bar, but I did it.

It has been about 6 weeks since I have stopped this routine. I followed this routine for the 9 weeks prior to ramadan. When Ramadhan came, I have to admit I did manage to eat lots of fruit but I ate loads of junk (like donner kebab, chips, pakoras, samosas etc, but that was because of the environment I was in. I have been back in Saudi for 3 weeks and managed to eat moderately and have lots of fruit, had a few al-baiks and pizzas occasionally and had lots of Thorntons toffee that i brought back from UK. It has now been 7 weeks since I lost the 13kg (29lb) of weight, and I have managed to maintain my weight.