Kiwi Is Top Fruit for Antioxidants 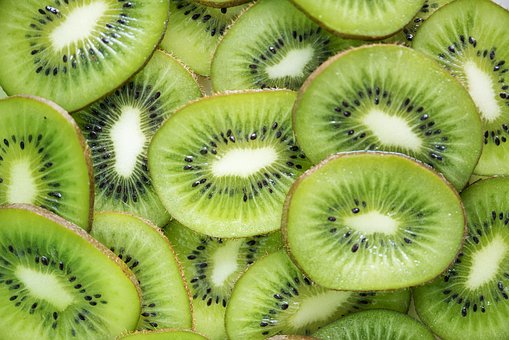 The kiwi is one the fruits with the highest levels of antioxidants, which are vital to help fight disease, according to new research.

They beat oranges, grapefruit, mandarins, and apples in their levels of antioxidants called polyphenols.

Gold kiwi fruit came top for antioxidant content, followed by the green variety, according to the research from Tokyo.

In the trial, volunteers ate three kiwis a day then their urine was then tested for the level of antioxidants.

"Kiwi fruit may prevent the development of diseases caused by oxidative stress," said the researchers.

Oxidative stress is damage caused by molecules that the body naturally produces. This damage is linked to diseases including atherosclerosis, heart failure, Alzheimer's, cancer and Parkinson's.

Kiwi Is a Superfood

Kiwi fruit has more Vitamin C than any other fruit - it contains almost twice as much as oranges and more fiber than apples. It is also high in potassium and Vitamin E. Kiwi is also an excellent source of the phytochemicals lutein and zeaxanthin, found in the human eye. Studies indicate that diets rich in lutein protect against eye diseases like cataracts.

Kiwi fruit provides a good boost to the immune system, and is a good aid to digestion. The fiber content of kiwi fruit and type of fiber that it contains makes it an excellent but extremely gentle laxative. It also contains a digestive enzyme called actinidin, similar in action to the papain in papaya. It helps in the breakdown of animal protein and makes a good marinade to tenderize meat before cooking.

Kiwi fruit have a high potassium content and a fairly low sodium content, which is good for heart health. Potassium deficiency and sodium excesses are a major cause of high blood pressure, strokes and heart disease. A lack of potassium can also cause muscle cramps, and is a major factor in insomnia and depression.