Posted by HealthyMuslim on Tuesday, September 30, 2008 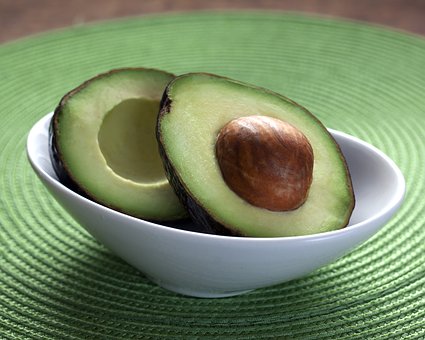 Research done at the Ohio State University's Center for Advanced Functional Foods Research shows that the addition of fats in the diet is essential to absorb vital nutrients such as carotenoids.

Avocados are known for their rich flavour and creamy texture. They are not only delicious but they also offer health benefits as they are high in good fats.

The following is a press release made by the research center on the subject of avocados added to salad.

COLUMBUS, Ohio - It may seem counterintuitive, but adding fats to salads can actually make them healthier.

However, a study indicates that optimal nutrient absorption is achieved by adding naturally fatty foods such as avocados to salads or avoiding the use of fat-free salad dressings.

The findings were published in the Journal of nutrition.

"We found that about three to five times more carotenoids were absorbed when study participants consumed a salad with avocados," said Schwartz, who also is a professor in the College of Food, Agricultural & Environmental Sciences at Ohio State.

Carotenoids are a group of more than 700 compounds, including beta carotene and lycopene, which produce the red, yellow and orange colors found in many fruits and vegetables. These compounds have cancer-fighting antioxidant properties that can help reduce the risk of chronic diseases, Schwartz said.

"Previous studies at Ohio State have shown that we can get just as much benefit including full-fat dressing on salads," Schwartz said. "The added fats enhance maximum absorption of fat-soluble antioxidants and carotenoids."

The 11 study participants consumed a mixed salad or a tomato salsa, with and without avocado or avocado oils, Schwartz said.

"These findings add a new perspective to previous studies by demonstrating the possibility of using a lipid-rich fruit instead of added fat or oil for enhancing carotenoid absorption," Schwartz said. "Considering that avocados contain a large variety of nutrients such as vitamins, minerals and monounsaturated fatty acids, adding avocado fruit to carotenoid-containing meals as a lipid source can facilitate carotenoid absorption while offering additional nutritional benefits."

Carotenoids are responsible for many of the red, orange, and yellow hues of plant leaves, fruits, and flowers. Some familiar examples of carotenoid coloration are the oranges of carrots and citrus fruits, the reds of peppers and tomatoes, and the pinks of flamingoes and salmon. There are hundreds of carotenoids that occur naturally.