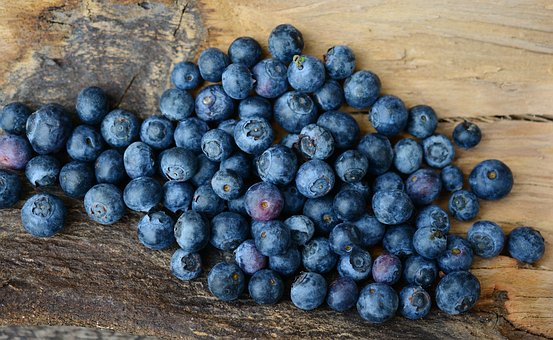 Blueberries have been shown to be a powerful superfood in several nutrition studies, due to their high polyphenol content, including their ability to help prevent heart disease, type-2 diabetes and aging.

A new study has found that blueberries slash the development of fat cells in the body by up to three-quarters, thus providing a natural weight loss solution.

Researchers found that the fruit can break down existing fat cells and prevent new ones from forming, making them a potentially powerful weapon in the fight against rising obesity.

Tests revealed polyphenols can cut the number of fat cells in the body by 73 per cent with a large dose and 27 per cent with the smallest dose.

Using tissue taken from mice, scientists looked at what effect the polyphenols in blueberries might have in fighting the development of fat cells and inducing lipolysis, the breakdown fats within the body.

The results showed that the highest dose of blueberry polyphenols caused the lipids in the mouse tissue to decrease by almost three quarters at 73 per cent, with even the lowest dose cutting the amount of lipids in the tissue by over a quarter at 27 per cent.

The author said: "The promise is there for blueberries to help reduce adipose tissue from forming in the body."

These preliminary results contribute to the list of benefits already attributed to blueberries. Blueberries are truly a remarkable superfood - they are thought to contain more antioxidants that any other fruit or vegetable. As well as Vitamin C and E, blueberries are also extremely high in resveratrol, a powerful flavonoid that protects against inflammation and is thought to be anti-aging. They are also the richest source of anthocyanins, which are flavonoids that protect and strengthen blood vessels, and reduce high blood pressure.