Blueberries are Packed with Antioxidants

Posted by SoundHealth on Tuesday, February 10, 2009 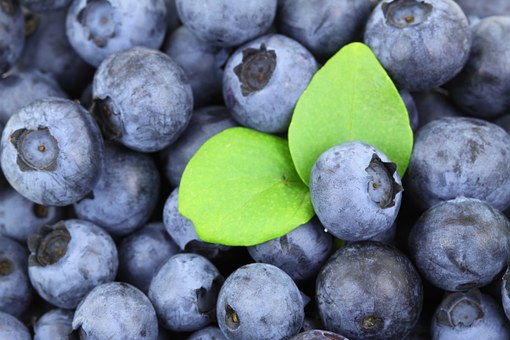 Blueberries are a great superfood; they are packed with nutrients and antioxidants, and full of flavor and sweetness. These tiny berries have many health protective benefits, but these benefits can be lost when blueberries are eaten with other foods, especially milk.

Blueberries have more antioxidants that any other fruit or vegetable, as well as being packed with Vitamin C and E, fiber, potassium, calcium and folic acid. They contain dark pigments called anthocyanins, which are flavonoids that protect and strengthen small blood vessels, preventing thread veins. Blueberries are also extremely high in resveratrol, a flavonoid that protects against inflammation and is thought to be anti-ageing.

A study reported in the journal Free Radical Biology and Medicine found that the antioxidant properties of blueberries were reduced because of their affinity for protein. They examined the the availablility of phenolics after the consumption of blueberries with and without milk. Phenolics are the active compounds in plants that give blueberries their antioxidant potential.

The results showed that eating blueberries with water increased plasma levels and levels of caffeic and feulic acids. These are two antioxidants found in blueberries, thought to be responsible for many of their health benefits. However, when blueberries and milk were ingested together, there was a reduction in the peak plasma concentrations of caffeic and ferulic acids as well as the overall absorption of caffeic acid.

"The antioxidant properties of dietary phenolics are believed to be reduced in vivo because of their affinity for proteins. In this study we assessed the bioavailability of phenolics and the in vivo plasma antioxidant capacity after the consumption of blueberries (Vaccinium corymbosum L.) with and without milk.

The ingestion of blueberries in association with milk, thus, impairs the in vivo antioxidant properties of blueberries and reduces the absorption of caffeic acid."

This study provides further evidence that the best way to gain maximum benefits from blueberries and other fruits eaten for their polyphenol content is to consume them either one hour before protein is consumed, or two hours after. It also supports the idea that fruit should be eaten on its own.

Other studies have shown that blueberries can improve memory and cognitive function, such as Alzheimer's disease, and can improve balance and co-ordination functions in animal models.

Several studies have demonstrated the cancer-fighting properties of blueberries. Ellagic acid is a natural compound found in blueberries that has found to inhibit tumor growth and block metabolic pathways that can lead to the initiation and promotion of cancer. A study reported in the Journal of Agricultural and Food Chemistry found that blueberries inhibit colon cancer cell proliferation and induce programmed cell death

Blueberries, like cranberries, contain compounds that prevent the bacteria responsible for urinary tract infections like cystitis. Both diarrhea and constipation can be relieved with blueberries. Their tannin concentration helps reduce inflammation in the digestive tract as well as in the urinary tract.