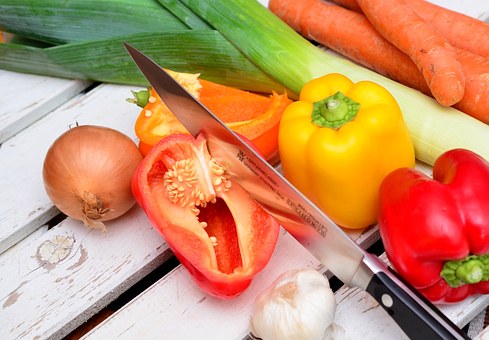 Antioxidants are powerful chemicals found in naturally occurring in plant foods, like fruit and vegetables. But why are antioxidants so important for health and how do they work?

Antioxidants are chemicals that prevent the process of oxidation. Oxidation is an important chemical reaction involving oxygen. It is an essential part of normal metabolism, whereby nutrients are broken down by the body for energy, growth and repair. But oxidation also leads to the creation of toxic chemicals that can damage and eventually destroy the body's cells.

During oxidation, positively and negatively charged particles are formed, known as 'free radicals'. Within cells, free radicals break down other chemicals such as fats and proteins. This is where antioxidants come in. Chemicals which have an antioxidant effect prevent oxidation by 'mopping up' free radicals. Although our body produces its own supply of antioxidants, levels drop as we age. Environmental factors such as polluted air, water and food, can also increase free radical production and oxidation. Fortunately, many foods contain antioxidants and we can take more in by simply improving our diet.

Probably the most well known antioxidants are vitamins and minerals. Vitamins A, C, D and E, are particularly important. High levels of these antioxidants have been linked to lowering the risk of, or even preventing virtually every disease from cancer, heart disease and age-related conditions.

Flavonoids are another important group of antioxidants. As well as fruits and vegetables, tea is a good source of flavonoids. It contains a type of flavonoid called catechins, which in particular has been found to stop oxidative damage to genetic material, or DNA. For more information on the diffrent classes of plant chemical (phytonutrients) and antioxidants, see the article Phytonutrients Explained.

Recent research has shown that antioxidants work together to prevent free radical damage. For example, after Vitamin E has neutralized a free radical, it becomes a weak free radical itself. Vitamin C then works on this weakened Vitamin E to recycle it back to normal. Similarly, Vitamin C must then be recycled by a chemical called glutathione. Antioxidants also need help from other nutrients in order to work properly, such as the minerals selenium, copper, magnesium and zinc. This is why a varied, balanced diet is so important.

There is growing evidence that certain antioxidants provide better protection than others against particular diseases. For example, antioxidants are thought to be the first ever treatment to have an effect against a common eye disease called age-related macular degeneration or AMD. Researchers have found that a high dose combination of Vitamin C, Vitamin E, Beta-carotene and zinc slows the progression of the disease by about 25%.

An antioxidant called co-enzyme Q10 has been linked to slowing the progression of diseases such as Parkinson's and Huntington's. Scientists believe that co-enzyme Q10 works by improving the function of mitochondria, the 'powerhouses' that produce energy in cells and protect vulnerable areas of the brain.