Dark Chocolate Is A Rich Source Of Antioxidants 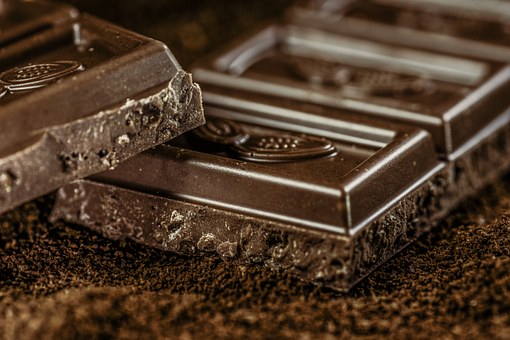 Advertisement. Report if inappropriate.
Good quality dark chocolate has many health benefits. The health benefits from chocolate are mainly due to the antioxidants present in the cocoa, including flavonols - natural chemicals found in plants, fruits and vegetables with antioxidant properties.

Chocolate comes from cocoa beans which contains minerals like magnesium, calcium, iron and zinc, as well as vitamins and pantothenic acid. In fact, cocoa has more phenolic phytochemicals and a higher antioxidant capacity than any other food, including green and black tea, according to research.

The total antioxidant content of chocolate products are directly associated with the amount of cocoa they contain, so the closer the chocolate is to its original raw state, the more beneficial it is for health.

Chocolate Is a Powerful antioxidant - More Potent than fruit Juice

Ongoing research demonstrates that chocolate is a rich source of antioxidants and contains more polyphenols and flavanols than fruit juice.

The senior author of the paper, said "Cacao seeds are a "Super Fruit" providing nutritive value beyond that of their macronutrient composition."

Several studies have shown that adding chocolate to the diet lowers blood pressure, compared to people who do not eat chocolate. One study concluded that "evidence is mounting to support cardiovascular health benefits from the consumption of flavanol-rich cocoa". Other findings demonstrate that risk of blood clots, strokes and heart attacks is lessened in those people who regularly eat raw chocolate.

The flavanols found in cocoa are thought to be responsible for lowering blood pressure and boosting heart health. These flavanols are found in higher concentrations in dark chocolate, which is why the scientists found that dark chocolate was most beneficial.

An author of one of the studies said: "our hypothesis was that because chocolate appears to have a pronounced effect on blood pressure, therefore chocolate consumption would lower the risk of strokes and heart attacks,"

"Small amounts of chocolate may help to prevent heart disease, but only if it replaces other energy-dense food, such as snacks, in order to keep body weight stable."

Moderation Is the Key

It is not necessary to eat huge quantities of chocolate in order to experience all the health benefits. In fact, just one small square a day can be enough to experience the health benefits. A German study found that those who ate an average of 7.5 grams a day of chocolate were at a nearly 40% lower risk of developing a heart attack than those who ate less (1.7 grams) daily. To put things into perspective, seven grams is roughly the equivalent of one square of a typical 100g chocolate bar.

Remember that the closer the chocolate is to its original raw state, the more beneficial it is for health, so look for dark chocolates with a high percentage (seventy percent and over) of cocoa. Processing cocoa can cause substantial losses in its benefits, so try to avoid sweetened forms of chocolate, like milk and white chocolate, which also contain high amounts of sugar.