Tomatoes Combat Many Diseases - and Are More Potent When Cooked

Posted by SoundHealth on Wednesday, March 09, 2011 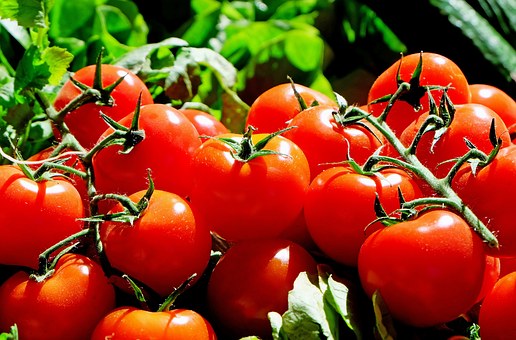 Eating more tomatoes and tomato products is associated with increased health and decreasing the risk of conditions such as cancer, osteoporosis and cardiovascular disease, according to a review.

Not only that but cooking or processing tomatoes increases the potency of the disease-fighting nutrient lycopene.

The researchers found that tomatoes are the biggest source of dietary lycopene; a powerful antioxidant that, unlike nutrients in most fresh fruits and vegetables, has even greater bioavailability after cooking and processing.

They found a relationship between eating tomatoes and a lower risk of certain cancers as well as other conditions, including cardiovascular disease, osteoporosis, ultraviolet light-induced skin damage, and cognitive dysfunction. Tomatoes also contain other protective mechanisms, such as preventing blood clots and anti-inflammatory functions.

Tomatoes are widely available, and are available in many forms:

"Tomatoes are the most important non-starchy vegetable in the American diet. Research underscores the relationship between consuming tomatoes and reduced risk of cancer, heart disease, and other conditions," the authors conclude.

"The evidence also suggests that consumption of tomatoes should be recommended because of the nutritional benefits and because it may be a simple and effective strategy for increasing overall vegetable intake."

Lycopene is the most common carotenoid in the human body and is one of the most potent carotenoid antioxidants. As well as in tomatoes, it is also found in other red fruits like watermelon, papaya, pink grapefruit and pink guava.

Other studies have demonstrated that lycopene reduces the risk of prostate cancer and also has cardioprotective, antimutagenic, anticarcinogenic and anti-inflammatory properties.

Lycopene is insoluble in water and is tightly bound to the fiber in fruits and vegetables, that the bioavailability of lycopene is increased by processing. Therefore products such as tomato juice, soup, sauce, and ketchup (preferable home-made), produces the highest concentrations of bioavailable lycopene.