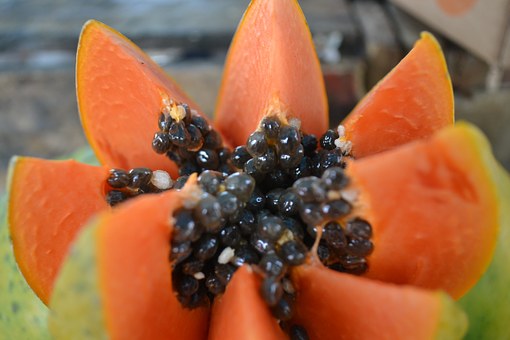 Advertisement. Report if inappropriate.
The tropical fruit papaya is a delicious and nutritious fruit that has been found to have potent anticancer properties.

Researchers from Japan documented papaya's dramatic anticancer effect against a broad range of lab-grown tumors, including cancers of the cervix, breast, liver, lung and pancreas. The researchers used an extract made from dried papaya leaves, and the anticancer effects were stronger when cells received larger doses of the tea.

In a paper published in the February issue of the Journal of Ethnopharmacology, the researchers also documented for the first time that papaya leaf extract contains molecules which help to regulate the immune system, in addition to papaya's direct anti-tumor effect on various cancers, suggests possible therapeutic strategies that use the immune system to fight cancers.

The papaya extract did not have any toxic effects on normal cells, unlike many common cancer therapy regimens. The healing effects of the papaya extract on cancer without toxicity is well known and has previously been used in traditional medicine.

"Based on what I have seen and heard in a clinical setting, nobody who takes this extract experiences demonstrable toxicity; it seems like you could take it for a long time - as long as it is effective," one of the study authors said.

Researchers exposed 10 different types of cancer cell cultures to four strengths of papaya leaf extract and measured the effect after 24 hours. Papaya slowed the growth of tumors in all the cultures.

In another analysis, the team also looked at the effect of papaya extract on the production of anti-tumor molecules known as cytokines. Papaya was shown to promote the production of a type of these cytokines that are important in the regulation of the immune system. For that reason, the study findings raise the possibility of future use of papaya extract components in immune-related conditions such as inflammation, autoimmune disease and some cancers.

Papaya is an excellent source of Vitamin C and Beta-carotene, which the body converts to Vitamin A, therefore these fruits boost immunity and protect eyesight.

The key constituents in the papaya fruit and leaves are protein-digesting enzymes including papain, which not only aid digestion, but have been shown to have potent antioxidant benefits, as well as help to lower inflammation, and improve wound healing.

The seeds of the papaya are also edible and have a peppery flavor. Eat papaya raw, like a melon, by slicing it and scooping the flesh out.